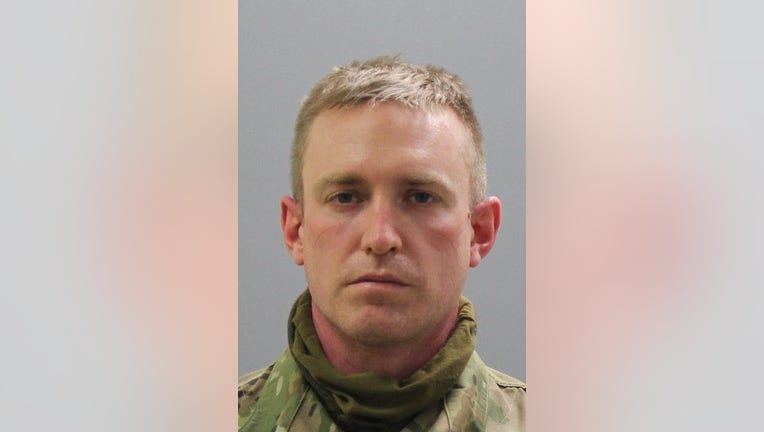 The sheriffs say they worked with the Department of Homeland Security to track Morozewicz's online activity between Sept. 8 and Dec. 30, 2020.

Morozewicz, who is currently suspended from Rockville City Police for an unrelated matter, was working with the National Guard at Six Flags America when sheriffs detained him without incident.

Morozewicz is out on bond after being taken to Frederick County Adult Detention Center for booking.

Police say their investigation is ongoing.

The Maryland National Guard says in a statement that it "takes these situations seriously and will cooperate with law enforcement agencies as needed."