Officers with the Las Vegas Metro Police Department responded to a crash involving a Chevrolet Corvette and a Toyota Rav4 near the intersection of South Rainbow Boulevard and South Spring Valley Parkway just before 3:40 a.m. The community is several miles west of the Las Vegas Strip in a busy thoroughfare in a residential area.

Fire officials said the Toyota caught fire and the victim became trapped inside. She was pronounced dead at the scene, authorities said. She was not immediately identified but was said to be a woman in her early 20s.

Her dog also died in the crash, KVVU reported.

Ruggs stayed at the scene and showed signs of impairment, police said in a statement. 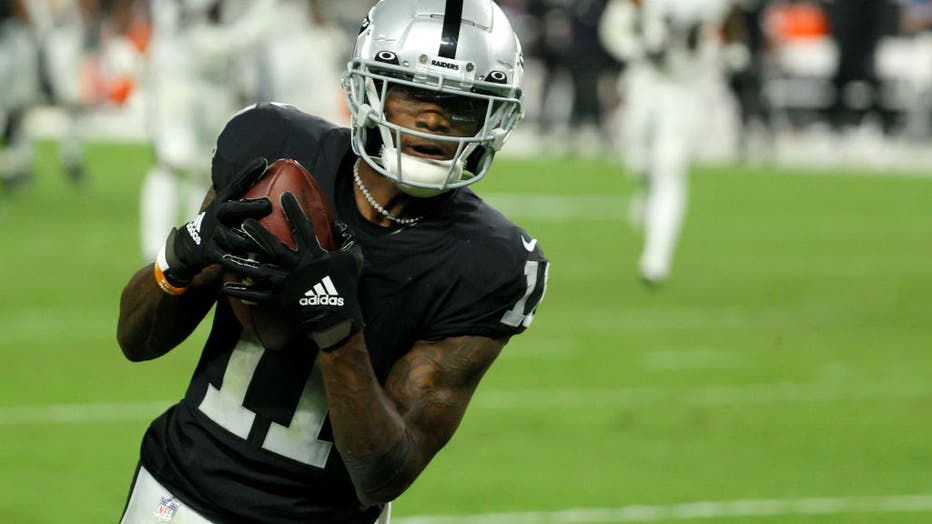 LAS VEGAS, NEVADA - SEPTEMBER 13: Wide receiver Henry Ruggs III #11 of the Las Vegas Raiders makes a catch on a 37-yard pass play against the Baltimore Ravens during their game at Allegiant Stadium on September 13, 2021 in Las Vegas, Nevada. The Raid

Ruggs and a female passenger were hospitalized. Ruggs’ injuries were described by officials as not life-threatening.

"On behalf of our client Henry Ruggs III we are conducting our own investigation as of this writing and ask everyone to reserve judgment until all the facts are gathered."

Ruggs was in the middle of a breakout season. It has been reported his merchandise has been pulled from the team store.

Prior to cutting Ruggs, the Raiders had released the following statement:

"The Raiders are aware of an accident involving Henry Ruggs III that occurred this morning in Las Vegas. We are devastated by the loss of life and our thoughts and prayers go out to the victim’s family. We are in the process of gathering information and will have no further comment at this time." 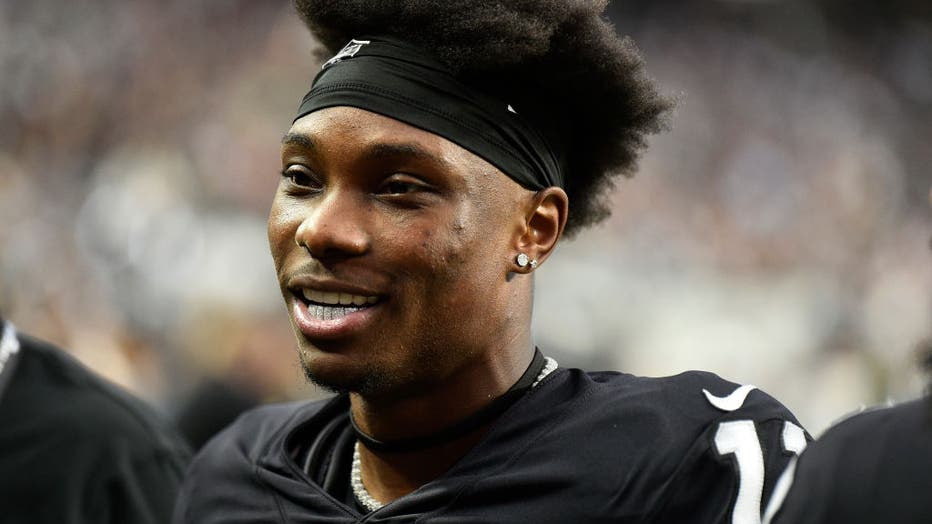 The 22-year-old speedster was the 12th overall pick in the 2020 NFL Draft. He was a standout at the University of Alabama and was part of the 2017 championship team.