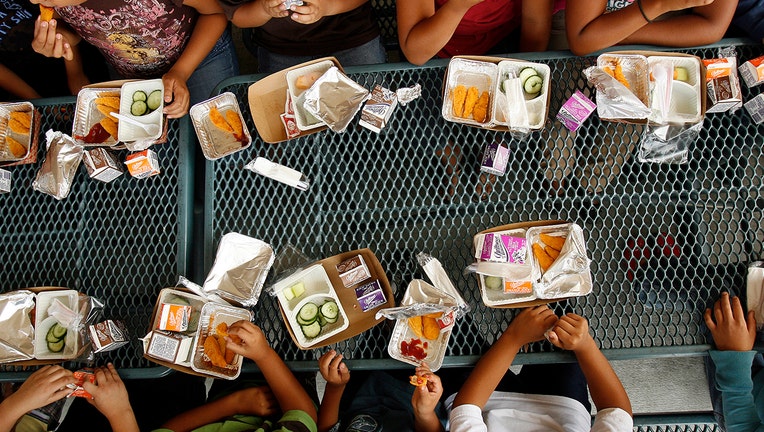 UPPER MARLBORO, Md. (FOX 5 DC) - There could soon be free breakfast and lunch for every elementary school student enrolled in Prince George's County Public Schools, if one board member's proposal passes.

Prince George's County School Board member K. Alexander Wallace, who represents District 7, introduced the "No More SHAME Act" proposal to the Board of Education and PGCPS CEO Dr. Monica E. Goldson on Monday.

The universal meals program would be available for Pre-K through fifth-grade students. It would cost an estimated $12 million.

Earlier this year, Wallace introduced a similar proposal during the government shutdown. More than 10,000 meals were covered.

"It is my belief that our youngest children, the babies of our school system, regardless of what zip code they arrive to our schools from, need not worry about the level of funds their parent(s)/guardian(s) may have placed on their accounts or the embarrassment and bullying that occurs when classmates see a meal taken from them, discarded, and then handed a cheese or peanut butter and jelly sandwich. It is also my belief that our school staff members should not have to budget, whether through the school's funding or their personal pockets, for ways to reduce the times students end up with a large enough fiscal deficit on their accounts that a meal is taken away from them.

The Board of Education for Prince George's County must see a child's hunger as just as big of a barrier to academic excellence as any other required educational tool. A student's empty stomach is just as dangerous to their success in school as is a student's empty mind and we, by policy and morality, must provide the necessary support to fill both."

Some elementary schools in the county already offer free meals, but Wallace's plan would apply to all schools.

For more information on the proposal, read below: