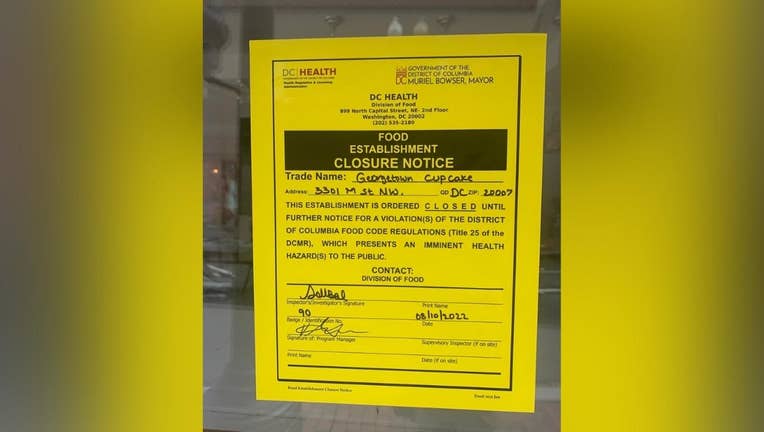 WASHINGTON - A massively popular cupcake store in Northwest D.C. has been shut down after its business license expired, according to health officials.

As of Thursday morning, Georgetown Cupcake, which is located at 3301 M Street, has a noticed posted on its door that says the establishment is closed until further notice "for a violation(s) of the District of Columbia food code regulations, which presents an imminent health hazard to the public." 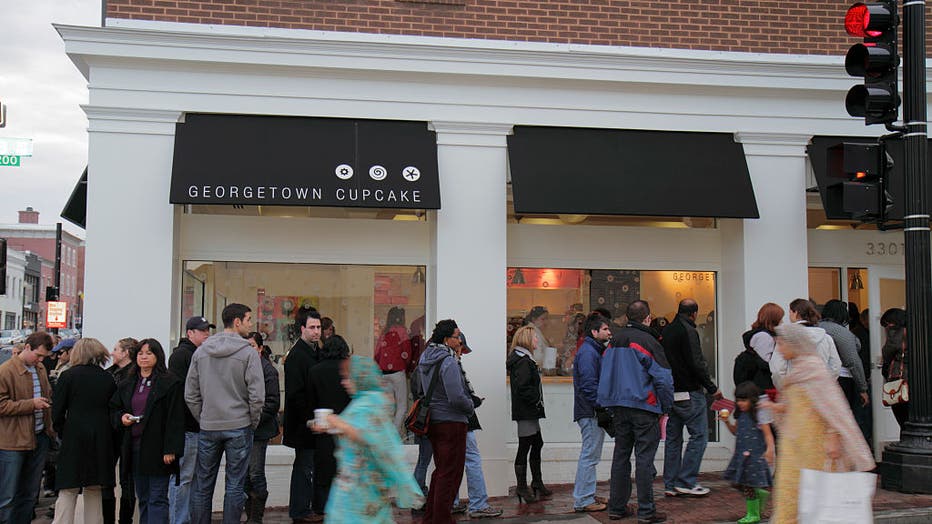 The notice, which is dated August 10, was posted by D.C. Health's Division of Food.

D.C. Health sent FOX 5 the statement below about the closure:

"D.C. Health performed a routine inspection of Georgetown Cupcakes on July 13,2022 noting several health and safety violations and that their business license had expired. DC Health returned on August 10, 2022 for a follow-up inspection and noted that all health and safety violations had been addressed however, they had not renewed their business license causing DC Health to close the establishment."

You can see D.C. Health's report from the original July 13 inspection below:

In response to the closure, Georgetown Cupcake released the following statement:

"Our business license (which was posted on-site) had expired and caused the shut down. We immediately filed to renew it and hope to be open again as soon as possible. There were no other health code violations. We apologize for any inconvenience to our customers!" 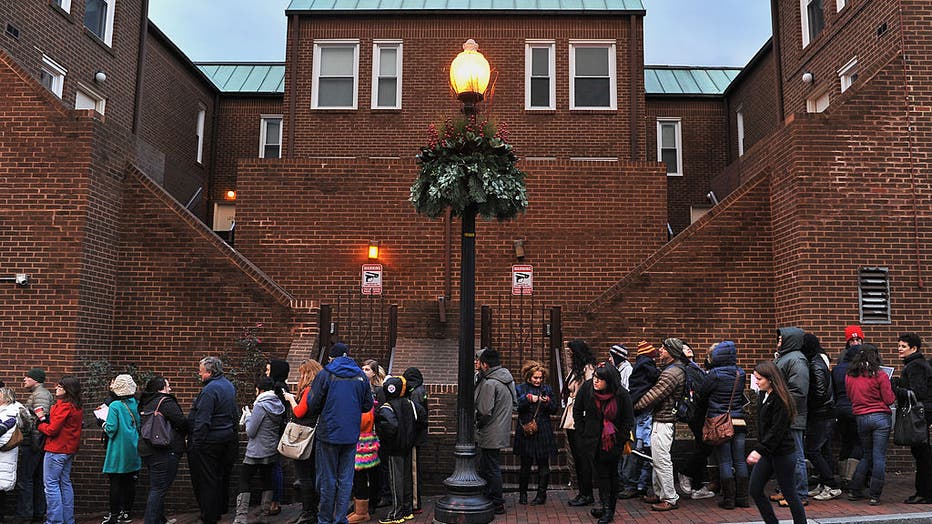 WASHINGTON, DC - DECEMBER 27: A windy and cold day did not deter people from waiting in line at Georgetown Cupcake on Thursday December 27, 2012 in Washington, DC. (Photo by Matt McClain for The Washington Post via Getty Images)

Georgetown Cupcake is wildly popular with people across the D.C. area and almost always features a long line up the block on M Street.

The store was first opened in D.C. in 2008 by Sisters Katherine Kallinis Berman and Sophie Kallinis LaMontagne. Since then, the store's popularity has led to the sisters creating their own reality show, writing bestselling books, and expanding their cupcake stores to Bethesda, New York City, Boston, Los Angeles, and Atlanta.