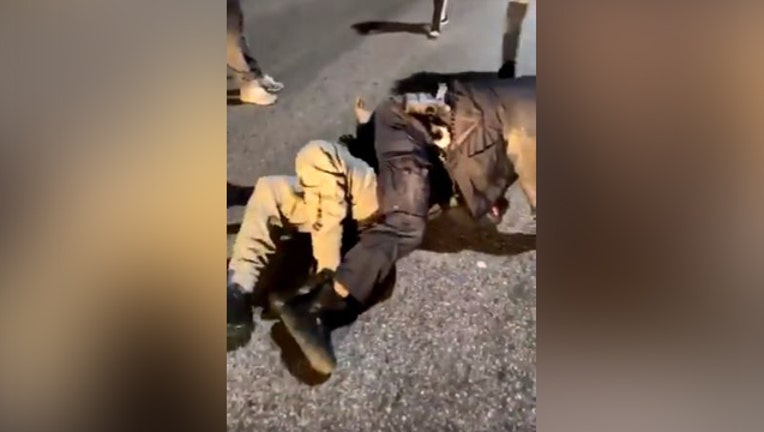 A screenshot of the alleged assault on the Baltimore police officer. ( Snapchat/_ )

BALTIMORE - Baltimore officials say they have arrested one person and are looking for others after a video on social media showed a group of people assaulting a police officer as he tried to make an arrest.

Police Commissioner Michael Harrison said in a statement Saturday the incident began overnight when a sergeant was conducting a business check.

He says a person in that business became argumentative and spat in the officer's face.

While the officer tried to arrest that person, several others began kicking him.

Instagram user @_only1arw appears to have originally shot the video.

Maryland Gov. Larry Hogan has since spoken out on the video: