WASHINGTON (FOX 5 DC) - The National Park Service has announced they will be enforcing their no-camping regulation at Columbus Circle which was suspended during the pandemic.

NPS says on Wednesday, June 1 around 7 a.m., they will renew enforcement of their no-camping regulation, meaning those who have tents set up on the grassy area within Columbus Circle next to Union Station will be forced to clear out, including many who are experiencing homelessness. 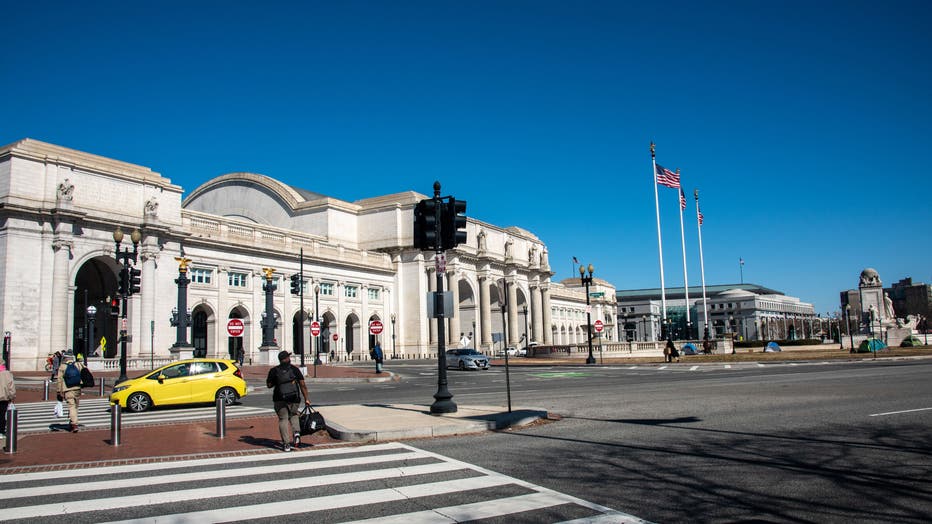 The information was posted around Columbus Circle and Union Station. 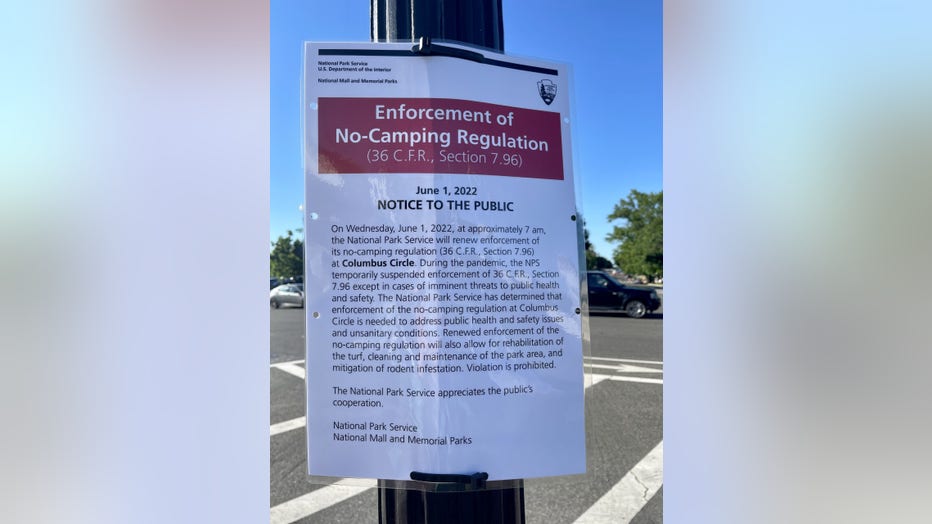 Renewed enforcement of the no-camping regulation will also allow for the rehabilitation of the turf, cleaning and maintenance of the park area and mitigation of rodent infestation, NPS says. Violation is prohibited.