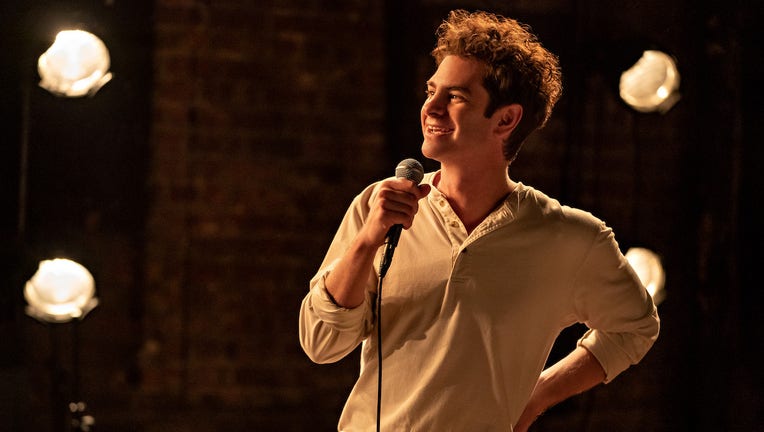 CHICAGO - Lin-Manuel Miranda’s highly anticipated movie musical "tick, tick...BOOM!" has arrived on Netflix. To celebrate, the streamer brought together five performing arts high schools and programs from across the country to create a unique rendition of "Louder Than Words," one of the beloved numbers from the cult classic stage-show-turned-movie-musical.

An early project from "Rent" creator Jonathan Larson, "tick, tick...BOOM!" is a semi-autobiographical love letter to musical theater as an art form. In his directorial debut, Miranda turns the story into an even more overt biopic of Larson’s life, with Academy Award nominee Andrew Garfield playing the eccentric songwriter.

"Louder Than Words" is an anthem about the need to take action and question the world, especially through art.

In the video’s introduction, Miranda explains, "I got my start in my school’s performing arts program. These programs are vital, not only to the entertainment industry, but to our culture. It’s important for us to celebrate the next generation of actors, singers and performers. So in the spirit of reaching for the stars and pursuing your dreams, we invited schools across the country to celebrate the debut of "tick, tick...BOOM!" on Netflix. Enjoy."

The Pulitzer Prize, Grammy, Emmy and Tony Award winner then passes the baton to students from Los Angeles, Baltimore, Chicago, Dallas and New York City, who created and produced the music video performance themselves.

According to Janine Nina Trevens, the Executive and Producing Artistic Director for TADA! Youth Theater in New York, New York, "It was so great to be able to be in the theater again, live, rehearsing such a powerful song, "Louder Than Words," and have our teen performers see the connection between what's happening today in the world and what they want and a song that was written almost 30 years ago by Jonathan Larson."

RELATED: ‘Squid Game’ is a huge hit. ‘Battle Royale’ should be, too.

LACHSA Theatre Department Chair Lois Hunter explained, "Netflix presented our students and faculty an opportunity to collaborate on a project that was not only meaningful to our students’ personal lives, but an opportunity to improve their skills in the other areas of artistic expression, including acting, singing and cinematic arts."

Per a press release: "Netflix is shining a spotlight on emerging teen performers and filmmakers to celebrate the arts and honor the legacy of beloved American composer and playwright Jonathan Larson (1960-1996)."

Miranda’s adaptation of "tick, tick...BOOM!" is currently streaming on Netflix. Watch for our review.

Sing out, Tubi!: Stream these movie musicals (for free)

Guys and Dolls (1955): There are many reasons to watch this classic movie musical, from the iconic costuming to the fabulous dance numbers, but two rise above the rest. First: It’s a chance to watch Vivian Blaine sniffle through the comic masterpiece "Adelaide’s Lament," a performance that repeatedly brought down the house when she originated the role on Broadway. Second, and even more importantly: Perhaps you, dear reader, will be the one to solve the mystery of why the folks at MGM decided to give Marlon Brando the singing role and Frank Sinatra the acting role. TV-PG. 159 minutes. Dir: Joseph L. Mankiewicz. Also features Jean Simmons and Stubby Kaye.

Tubi is owned by the FOX Corporation.