DAMASCUS, Md. (FOX 5 DC) - Nearly a year after a sexual assault case rocked Damascus High School and made national headlines, officials at Montgomery County Public Schools released the findings of an external report that looked into the supervision of athletics and extracurricular activities throughout the district.

“This is not an event. This is a never-ending body of work that we must pay attention to every day, all the time in terms of keeping students safe,” Superintendent Jack Smith said at a Monday morning press conference in Rockville.

The report, conducted by law firm WilmerHale, found that “MCPS has fostered a generally positive culture” and “has a robust set of districtwide regulations with respect to mandatory reporting requirements and procedures,” but it also noted that the county could make some improvements. Officials have committed to implementing several changes, including restructuring “central office and school-based supervision of athletics and after-school activities to ensure a more comprehensive, collaborative and intentional approach to supervision and safety” and to proposing “budgetary initiatives to expand available resources to support security and supervision for high school after-school programming.”

The report cost about $250,000, Smith said. Importantly, investigators did not include interviews with victims from the Damascus incident or any of the alleged perpetrators. Officials said that’s because they wanted to “avoid interfering” with the ongoing investigation of the Montgomery County State’s Attorney’s Office. 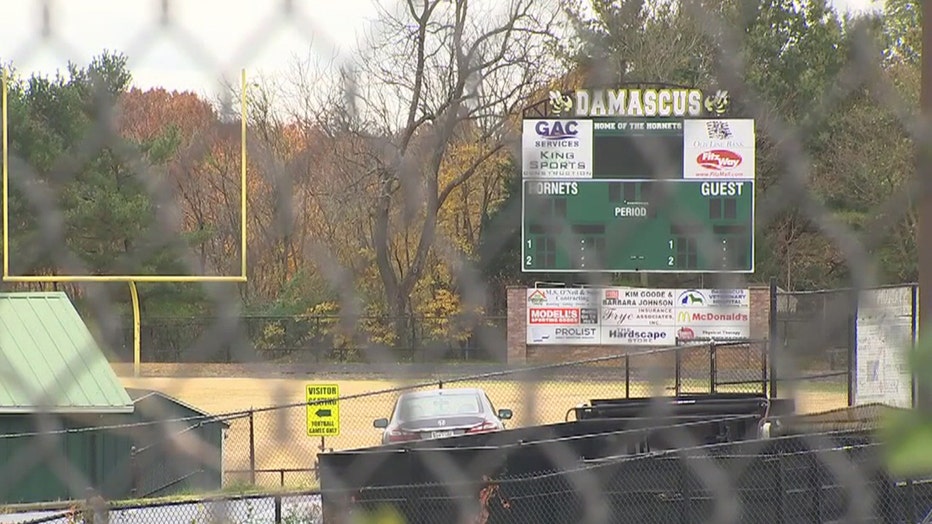 Monday’s findings are the latest development in a case that began last Halloween when according to investigators, members of the Damascus JV football team sexually assaulted several teammates using a broomstick. It happened in an unsupervised locker room and occurred while the varsity team was on a record-setting win streak.

Initially, four players were charged as adults with first-degree rape, although all of those cases were eventually kicked back down to juvenile court, where records are typically not made available to the public.

After an internal county review that was released last spring, Damascus now has a new principal, athletic director, and JV coach.

“I think hazing has gone on since there have been human beings on Earth, and I think it has happened and it does happen, and our goal is to diminish and eliminate it and continue to teach and use the tools we have available — and that would be teaching and learning, supervision, interaction and relationships with adults and students — all of those things coming together to reduce bad experiences for students in schools,” Smith added Monday.

A State’s Attorney’s Office spokesperson declined to comment on their investigation. If you’d like to read the full report from WilmerHale, you can find it here:

Addressing Supervision Structures for Athletics and Extracurricular Activities, Including Reporting Protoco... by FOX 5 News on Scribd