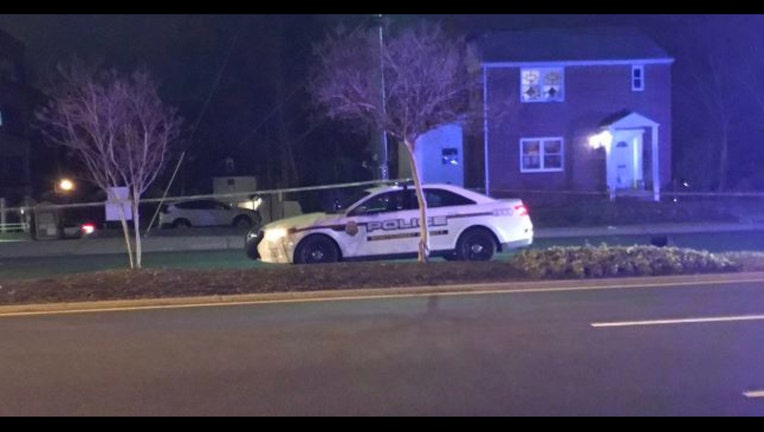 WHEATON, Md. (FOX 5 DC) - A man remains hospitalized with life-threatening injuries after he was struck by a police vehicle Thursday in Montgomery County.

The incident was reported around 9:30 p.m. near Georgia Avenue and Blueridge Avenue in Wheaton.

Officers say a marked police vehicle was traveling southbound on Georgia Avenue when it struck the man who they say was in the roadway.

Officials say the officer driving the police vehicle was not responding to an emergency incident and did not have their emergency equipment activated. Police say the man was not within the crosswalk when he was struck.

The officer was not injured.

Anyone with information or who witnesses the crash is asked to call police at 240-773-6620.