ROCKVILLE, Md. - Yixian Ma could face up to 142 years for operating what police are saying is a sex trafficking ring inside the Gables Apartment building in Rockville, Md.

Court Documents says the ads feature scantily clad women with phrases such as "BBBJ" and "Nuru".

Police say Ma rented the apartment under an alias and used postal money orders to pay the rent. He was frequently seen delivering supplies, groceries and woman to and from the apartment. He was even caught personally escorting men into the apartment. 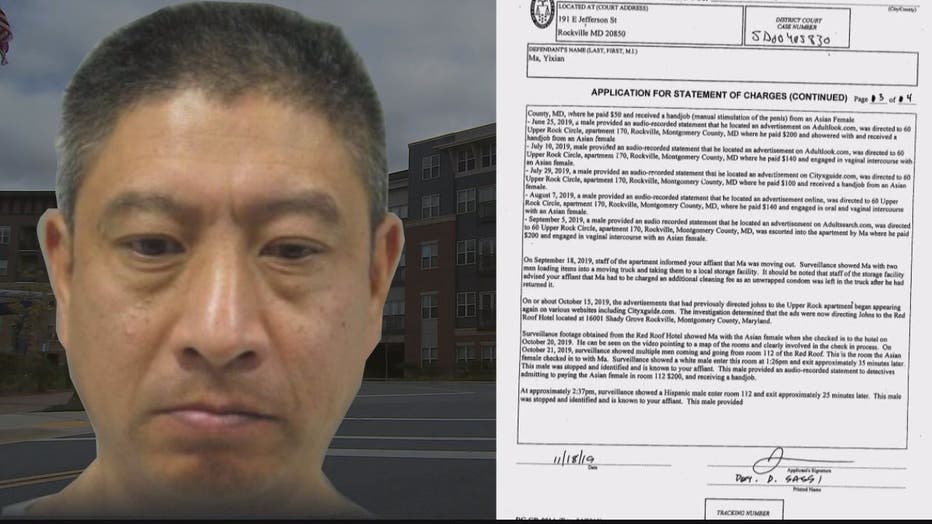 From June 2019 to September 2019 police intercepted six men who admitted to paying for and receiving sexual services from women in the apartment.

When Ma moved out of the apartment in October, new internet ads with similar designs began popping up directing people to a Red Roof hotel in Rockville where he continues his sex trafficking ring.

Ma was arrested and charges with several counts of Sex Trafficking, human trafficking and prostitution charges.