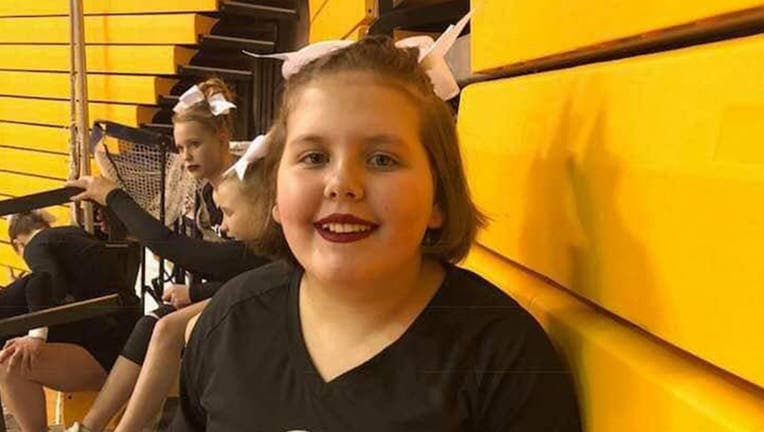 Savanah DeHart has been in the hospital for over 10 days. (Courtesy of #SavanahStrong)

KALAMAZOO, Mich. - The family of a 14-year-old girl in Michigan has identified her as one the three suspected cases of a rare mosquito-borne illness announced by state health officials on Monday, and said that as of Tuesday she was on a ventilator in the hospital.

“We had some visitors this morning, a small team came in and put a feeding tube in Savanah's stomach rather than having a tub in her nose,” the “#SavanahStrong” Facebook page, which is dedicated to keeping Savanah DeHart’s supporters updated, said on Tuesday. “This is something completely normal as they are trying to prevent her from getting sinusitis (infection in her sinuses). They think this is the best option for now and it doesn’t have to be permanent.”

DeHart’s mother, Kerri Dooley, told News 8 that her daughter’s symptoms started with a headache and quickly progressed in severity, requiring treatment at Bronson Children’s Hospital, where she remains.

“Last night at 10pm they had to put the ventilator back on her,” Tuesday’s Facebook post said. “Unfortunately her brain isn’t working quite well enough to protect her airway just yet, so when she was breathing any secretion or saliva she had would go down her airway instead of being coughed out or where it needed to go. Had they continued her lungs would have filled with fluid and that is something we don’t want at all.”

On Monday, the state’s health department reported three suspected cases of Eastern Equine Encephalitis (EEE) in residents from Kalamazoo and Berrien counties. Another form of the virus, California encephalitis, was confirmed in a Genesee County resident. Additionally, six cases of EEE have been confirmed in unvaccinated horses from Barry, Kalamazoo and St. Joseph counties, and all six died.

“It’s probably been the worst time of my life,” Dooley told News 8. “I watched my daughter almost check out.”

Tuesday’s update on the Facebook page said that Savanah’s medical team was planning on allowing her to rest for a few days before trying to extubate her again.

According to News 8, the family was waiting for an additional test from the state’s health department to confirm EEE virus.