DES MOINES, Iowa - The jackpot for the Mega Millions lottery game grew to $1 billion ahead of Friday night’s winning drawing after more than four months without a winner thanks to bad luck, poor odds and reduced play partially blamed on the coronavirus pandemic.

It’s only the third time a lottery jackpot has grown so large, but much has changed since the last time such a big prize was up for grabs in 2018. The odds of winning a jackpot remain the same — incredibly small — but for a variety of reasons fewer people are playing Mega Millions or Powerball, the two lottery games offered in most of the country.

And even as the huge Mega Millions prize and a $731.1 million Powerball jackpot won Wednesday by a single ticket sold in Maryland have juiced sales for the games, Maryland lottery director Gordon Medenica noted: "We’re not out of the woods yet."

Medenica acknowledged sales were dramatically lower before the pandemic, and they tanked even further in the spring and summer.

After a peak in October 2018, Medenica said sales of the big lottery games dropped about 50%, prompting talk among lottery officials about jackpot fatigue. Sales of Mega Millions and Powerball continued to decline after the virus hit along with other lottery games, but while scratch tickets and other instant games rebounded strongly later in the year, national game sales remained moribund. 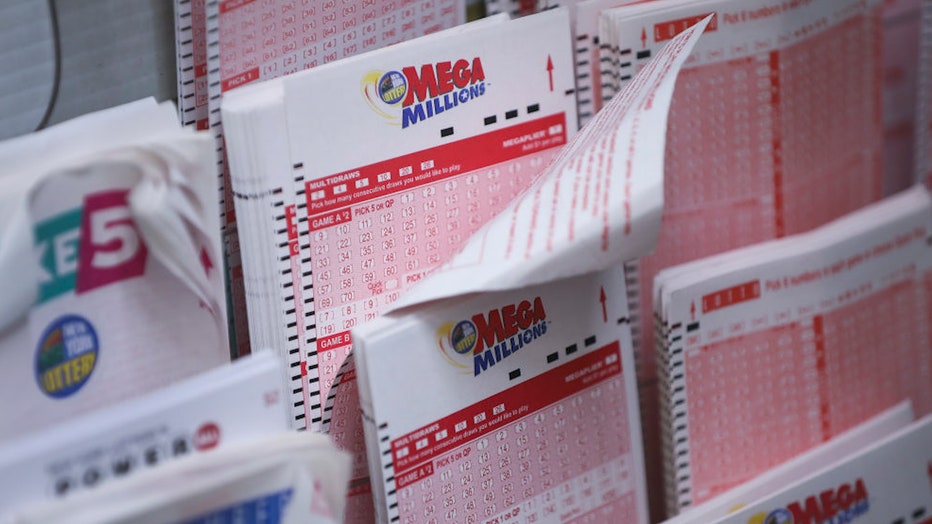 In response to falling sales, officials updated the national games to reduce starting jackpots from $40 million to $20 million and changed rules about guaranteed minimum increases between drawings. The moves made fiscal sense but they caused jackpots to grow more slowly, further tamping down sales, as demonstrated by the record 37 draws without a winner it took to reach the current Mega Millions jackpot that's still far less than the all-time highs.

"That’s why it takes so many rolls to get up to a high jackpot level," Medenica said.

What hasn’t changed are the odds.

By design, Mega Millions and Powerball are relatively generous in awarding small dollar prizes and lottery officials boast there is a roughly one in 24 chance of winning something. But to generate huge jackpots, officials must be absolutely miserly about paying jackpots.

It’s hard to fathom how unlikely it is to beat odds of one in 292.2 million for Powerball or one in 302.5 million for Mega Millions.

To get a sense of your chances, Steven Bleiler, a mathematics and statistics professor at Portland State University, said people should imagine a swimming pool 40 feet (12.2 meters) wide, 120 feet (36.6 meters) long and 5 feet (1.5 meters) deep, filled to the brim with M&Ms, only one of which is green. To win, all a player must do is jump in blindfolded and wade around until finding that single green candy.

Andrew Swift, a mathematics professor at the University of Nebraska-Omaha, put it this way: Your chances of picking up two oysters and finding a pearl in both is about twice as likely as winning either lottery jackpot.

Still, someone always ultimately wins, and it happened again after Wednesday night’s Powerball drawing when a single ticket sold at a convenience store in the small community of Lonaconing, Maryland, hit all six numbers. The winner can take a $716.3 annuity paid over 30 years or a cash prize of $546.8 million.

What comes next is unclear. Some states are banking on growth in online games, but while the 10 states that allow purchases on computers and phone apps are seeing rising sales, such purchases remain a relatively small percentage of overall revenue.

"The current roll has revived the game as it’s been designed," Medenica said. "Whether we continue to consider making changes or not is to be seen."