Here are the candidates running for each office in each party:

Cox has lived in Maryland all his life. He most recently served as a State Delegate for Frederick and Carroll Counties. He was previously the Republican nominee for Congress in Congressional District 8. He has received support from former President Donald Trump.

Maryland Del. Dan Cox (R) says the same issues that propelled Glenn Youngkin to victory in Virginia are putting the GOP in the driver’s seat ahead of this year’s gubernatorial elections. He joins Jim on "The Final 5" to take a look at his candidacy and why he believes the support of former President Trump is a boon to his chances, even in a state where Trump lost decisively.

Ficker is a lifelong Marylander who served in the U.S. Armed Forces. He has also served as a state legislator. One of his main campaign platforms has been to cut Maryland's sales tax by 2 cents.

He’s no stranger to Montgomery County voters, but Robin Ficker is turning his sights to Annapolis. The longtime political fixture, who’s hedging his bets on a vow to cut the state sales tax by 2 cents, joins Jim on #TheFinal5 to talk about the race, what he has to say about his GOP opponents, and if his recent disbarment has changed his approach.

Schulz was elected to the Maryland House of Delegates, representing Frederick County. She most recently served seven years in Governor Larry Hogan’s administration as the Secretary of Labor and Secretary of Commerce.

After serving as a delegate from Frederick County, and a stint in Gov. Larry Hogan’s cabinet, Kelly Schulz is making her case for the state’s top job to #TheFinal5. Schultz, one of four Republicans running in the July primary and the only woman on either major party ticket, is running with the backing of Gov. Hogan. She shares more about her platform with Jim Lokay including fighting crime, and what she would do if the Supreme Court makes a move on Roe v. Wade.

Werner's ancestors came to Fells Point, Maryland in the 1890s, according to his website. He grew up in and around Baltimore and went to Towson University. He also received his Juris Doctor (JD) from the University of the District of Columbia David A. Clarke School of Law.

Attorney Joe Werner last faced voters in Maryland’s 1st congressional district as a Democrat. Now, he’s seeking the GOP nomination for governor. He’s one of four candidates in the Republican field. He joins Jim on "The Final 5" to talk about his top priorities, why he decided to shift parties, and whether the national political climate will find itself playing out in Maryland.

Baron has lived in Montgomery County for 27 years. He has worked as a Congressional staffer, a Clinton Administration official and been an appointee of both Democratic and Republican Presidents, being confirmed twice by the Senate. He founded the Coalition for Evidence-Based Policy, a non-partisan non-profit, in 2001 that "seeks to increase government effectiveness…"

He’s never run for elected office before, but Montgomery County Democrat Jon Baron says his background in policy positions him uniquely for his foray into politics. Baron, one of several Democrats running in the July 19th primary, joins Jim on "The Final 5" to make a case for his campaign.

Franchot is the current comptroller of Maryland and has lived in Takoma Park for 40 years. He served in the U.S. Army during the Vietnam War before earning a law degree. His career in public service has included being legislative counsel to the Union of Concerned Scientists, staff director to then-Congressman, now U.S. Senator, Ed Markey of Massachusetts and one of three delegates in the 20th Legislative District.

As the Maryland gubernatorial campaign continues, Jim is joined by longtime Maryland Comptroller Peter Franchot, who’s part of the crowded Democratic field. Franchot, who’s leading in some primary polls, lays out his vision for the office, priorities in a blue state that’s gone for a Republican governor twice, and why he says he’s uniquely qualified to reach across the aisle.

He served as Maryland Attorney General and State’s Attorney for Montgomery County, but now, Doug Gansler is looking to make his return to politics. He’s one of several Democrats seeking the party’s nomination for governor in the July primary. He joins Jim to talk about his priorities for the job, plus why a key part of "The Final 5" set holds a special place in his memory.

Jaffe was born in Baltimore. His background is in teaching, and he says he is not a politician. His main campaign platform is to "stop crooked politics in government."

There has never been a millennial governor in the U.S. Former Obama-era HHS official Ashwani Jain wants to change that. Jain, 32, is part of the large crowd seeing the Democratic nomination for Maryland governor this year. He joins Jim on "The Final 5" to lay out his vision, what inspired him to run, and why he sees public service as a true calling.

King was a teacher and principal before serving as President Obama’s U.S. Secretary of Education. He has also served as the U.S. Deputy Secretary of Education and New York State Education Commissioner. He currently leads The Education Trust, a national nonprofit organization that "seeks to identify and close opportunity and achievement gaps" for students. He is also a professor at the University of Maryland, College Park.

Democratic Maryland Gubernatorial candidate and former Secretary of Education, John King Jr., joins the show to talk about why he is running to be the next governor of Maryland.

Moore was born in Takoma Park and served as a captain and paratrooper with the U.S. Army’s 82nd Airborne. He also served as a White House Fellow. He wrote "The Other Wes Moore," which is now commonly assigned reading in Maryland schools, according to his website.

As Maryland Gov. Larry Hogan delivers his final State of the State address, the focus shifts to the growing field of candidates seeking to replace the two-term Republican this year. That includes former non-profit CEO, New York Times bestselling author, and combat vet Wes Moore. The first-time candidate is part of the large Democratic field. He joins Jim to talk about his candidacy on "The Final 5."

Perez is a longtime resident of Takoma Park and a civil rights attorney. He served on the Montgomery County Council from 2002 until 2006, and as Council President from 2005-2006. He was appointed by President Obama in 2009 to lead the Civil Rights Division as Assistant Attorney General for Civil Rights in the Department of Justice before becoming the United States Secretary of Labor.

His resume includes stints on Montgomery County Council, as Maryland and U.S. Labor Secretary, and overseeing the Democratic National Committee in a time where the party took back the White House and Congress. Now, Tom Perez is running in the crowded field for Maryland governor. He joins Jim on "The Final 5" to talk about the race.

Segal grew up in the Bronx. He has worked for Congressman Don Fraser of Minneapolis as a Congressional aide, served on the House Budget Committee and worked for the U.S. Agency for International Development. He also founded The Jewish Peace Lobby, which focused on the Israeli-Palestinian conflict. 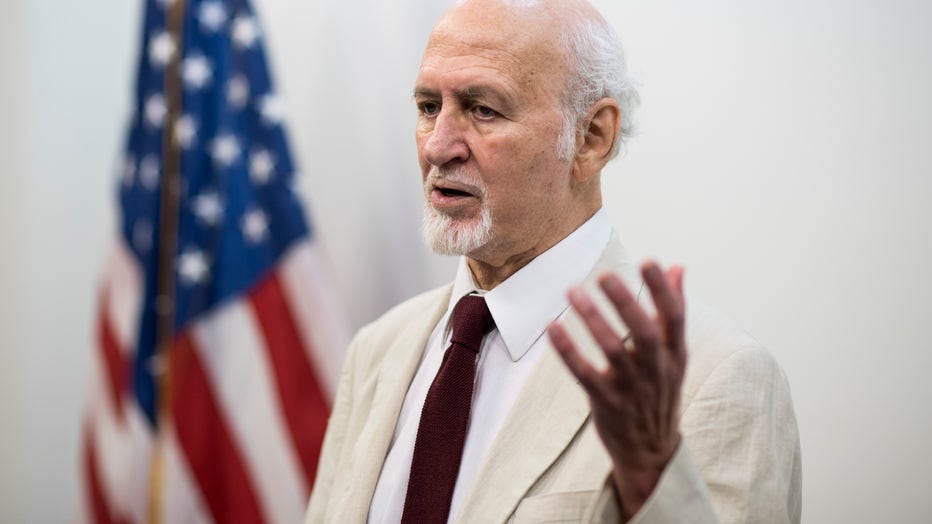 UNITED STATES - AUGUST 28: Jerome Segal announces he is running for President of the United States as the Bread and Roses Party candidate during a press conference at the Natrional Press Club in Washington on Wednesday, Aug. 28, 2019. (Photo By Bill

Glassman was first elected in 1990 to represent the northern district on the Harford County Council. He later won a seat in the Maryland House of Delegates and was elected to the Maryland Senate in 2010. Glassman was elected as Harford’s seventh county executive in 2014, winning a second term in 2018. 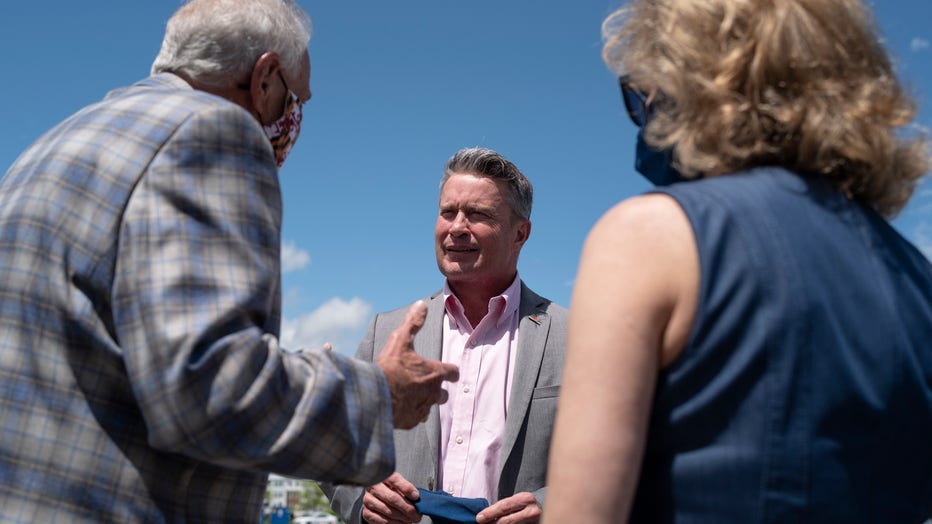 Adams grew up in New Orleans before receiving a Doctorate of Business from Bowie State University. He served as Bowie's first Black mayor, and he is the founder, president and CEO of Systems Application & Technologies, Inc., a company that provides highly specialized services for America’s national security sector.

Lierman grew up in D.C. and Montgomery County. She served as a member of the Appropriations Committee in the General Assembly and assumed a leadership role on the Environment and Transportation Committee in 2019. She is also a disability and civil rights attorney. 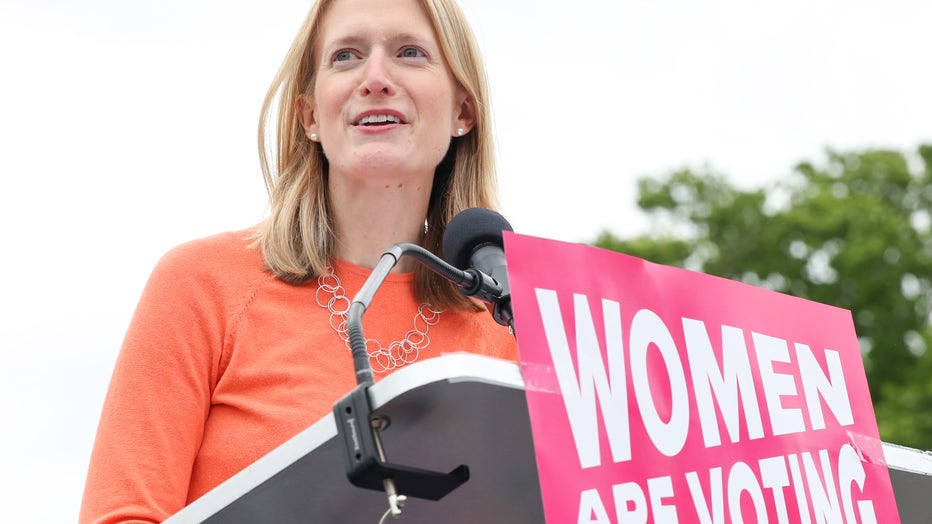 Peroutka was born in Baltimore, graduating from the University of Baltimore School of Law 1981. He served on the Anne Arundel County Council from 2014 to 2018, including becoming the chair in 2017. 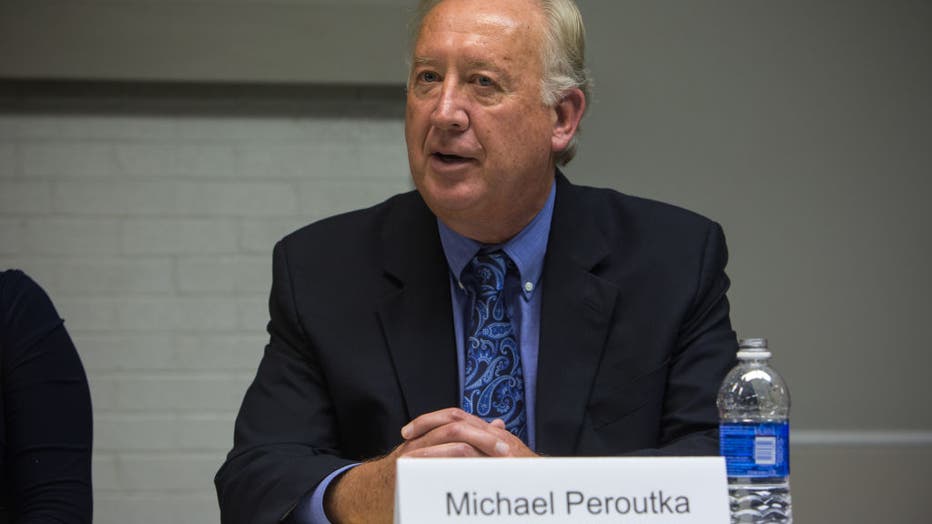 ANNAPOLIS, MD - OCT23: Michael Peroutka, a Republican candidate for the Anne Arundel County Council District 5 seat, speaks at a candidates forum in Annapolis, MD, October 23, 2014. Until a few weeks ago he was a member of the League of the South, an

Shalleck served as Assistant District Attorney in the Bronx, eventually becoming the Chief of the Homicide Bureau. He then became Assistant Attorney General in New York before moving to Maryland to become an attorney in the Antitrust Division of the United States Department of Justice. He now works for a private law practice in Montgomery County. 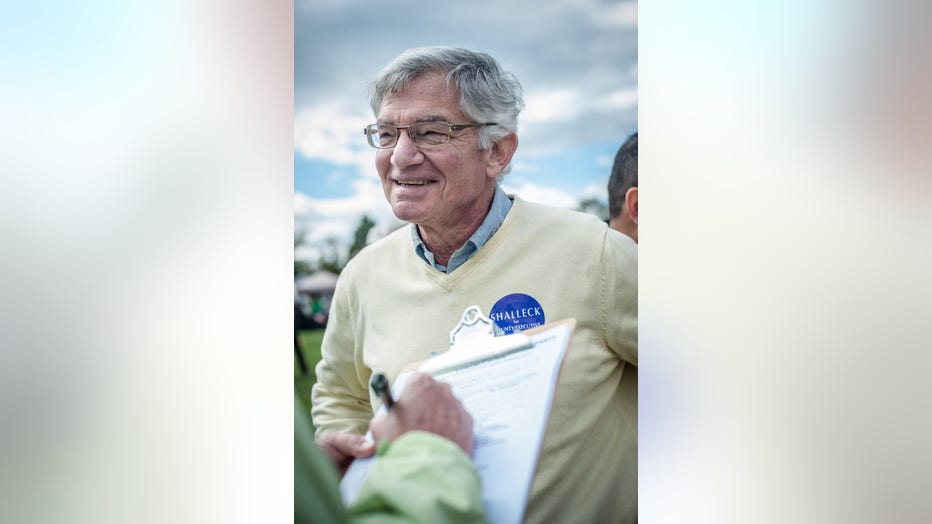 Brown is currently serving his third term in Congress, representing parts of Anne Arundel and Prince George’s Counties. He is a retired Colonel in the United States Army Reserve. He served as Lieutenant Governor from 2007 to 2015 and received his law degree from Harvard Law School. 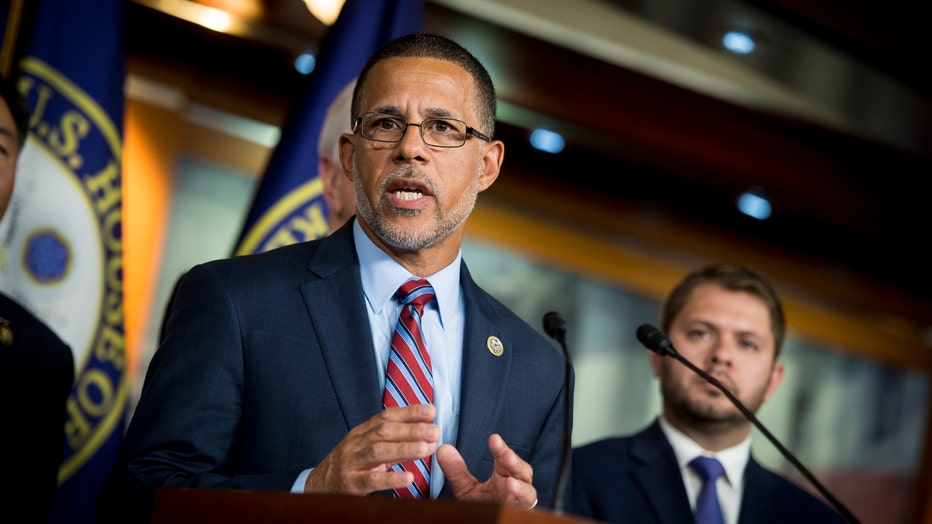 O’Malley was born and raised in Baltimore and still lives there today. She has worked as an Assistant State’s Attorney in Baltimore County and an Associate Judge for the First District Court of Maryland. She went to college at Towson University and to law school at University of Baltimore. 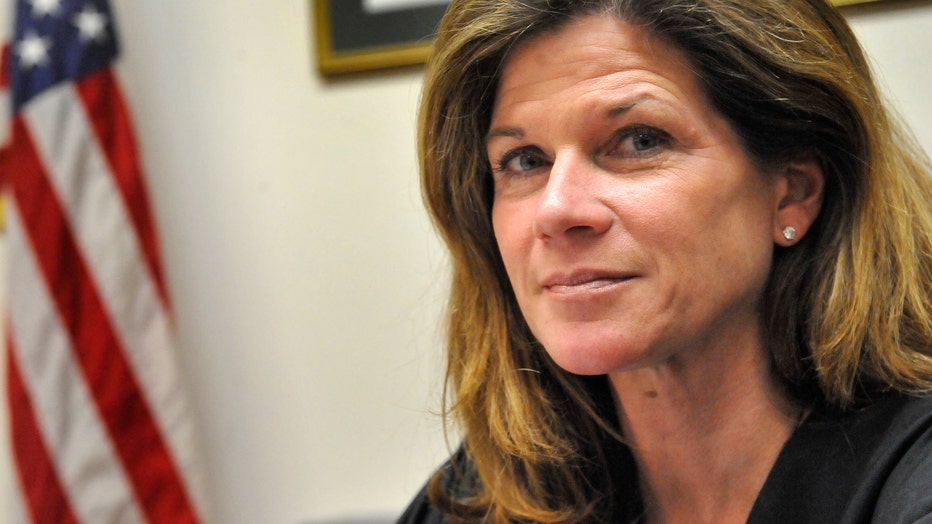 For information on how to vote by mail and in-person, click here.