GERMANTOWN, Md. - A man convicted of hitting a Montgomery County police officer while driving drunk has been sentenced to three years in prison.

Lennwood Saunders has a lengthy record for driving under the influence. The 35-year-old has been arrested five times for DUI in Maryland and twice for the same offense in Texas.

Authorities said Saunders was driving on a suspended driver's license and should not have been driving when he struck Officer Michael Murphy last October on Clopper Road in Germantown while the officer was conducting a traffic stop.

According to the Montgomery County State's Attorney's Office, Saunders also had a cold beer in his pocket, a scale in the passenger seat of his car and dollar bills with cocaine on them.

Dash cam video of the incident showed Officer Murphy attempting to jump out of the way of Saunders' vehicle, but was still struck by the car's side mirror.

Despite suffering from a cracked rib, the officer got in his car, chased down Saunders and arrested him.

"If you are a drunk driver and you strike a police officer, let me tell you, there's going to be a serious consequence," said Montgomery County State's Attorney John McCarthy. "I think this case shows you how judges in this county, how the police department, how the prosecutor's office in this county take a serious stand against that. We recognize how dangerous it is."

"This video shows that this officer was just inches away from being killed in this situation," said Montgomery County Police Paul Starks. "When people drink and drive, they are like a ticking time bomb and they are making the roads more dangerous for everyone who is on the road."

On Thursday, Saunders was convicted of DUI and possession of cocaine in this case.

Of the seven DUI arrests, he has been convicted of four DUIs in Montgomery County with a 5th one pending.

Saunders also has a laundry list of other arrests and charges, including repeatedly driving with a suspended license.

This case strikes a chord because Noah Leotta, another Montgomery County police officer, was struck and struck and killed by an alleged drunk driver.

In the past three years, 50 Montgomery County officers have been hit by drunk drivers, according to the department. 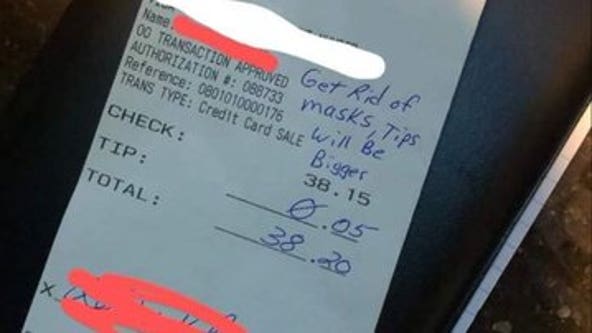