Officials say two right lanes along I-270 southbound near Exit 9 I-370 in Montgomery County will likely be closed for a week. They say there will be significant delays and commuters should leave early or avoid the area if possible. 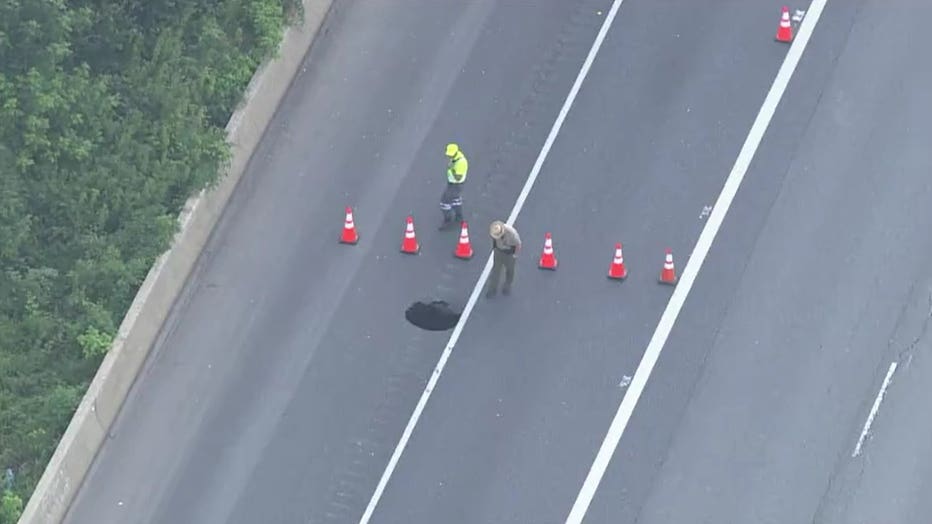 The major road damage shut down the right shoulder of the busy highway just before the Watkins Mill exit Thursday afternoon as road crews worked to repair the sinkhole.

The sinkhole SHA says emerged due to a broken 6-foot drainage pipe beneath the highway.

The lane closures will be in effect until at least Monday, the highway administration announced.