Montgomery County police are warning the public about a lotto ticket scam that left a local woman out thousands of dollars. Police believe there could be more victims throughout the region and even the country. FOX 5’s Lindsay Watts reports from Rockville with the story.

MONTGOMERY COUNTY, Md. - Montgomery County police are warning the public about a lotto ticket scam that left a local woman out thousands of dollars.

Police said a man approached the victim in a Rockville parking lot in the 1900 block of Veirs Mill Road area saying he had a winning lottery ticket but didn’t want to cash it himself because he was undocumented.

He allegedly told the victim she would get part of the winnings if she could cash it for him.

Investigators say the man and a woman who got involved convinced the victim she had to pay to claim the "winnings." Police say the pair drove to two banks with the victim where she retrieved $14,000 in cash.

They then convinced the woman to drive back to her home to provide them additional proof of her identity through bills with her address. Police say while the woman was in her home, the suspects took off with her cash.

Vendemio said this all happened within an hour or two back in April, and the victim reported the theft immediately. He responded to investigate. 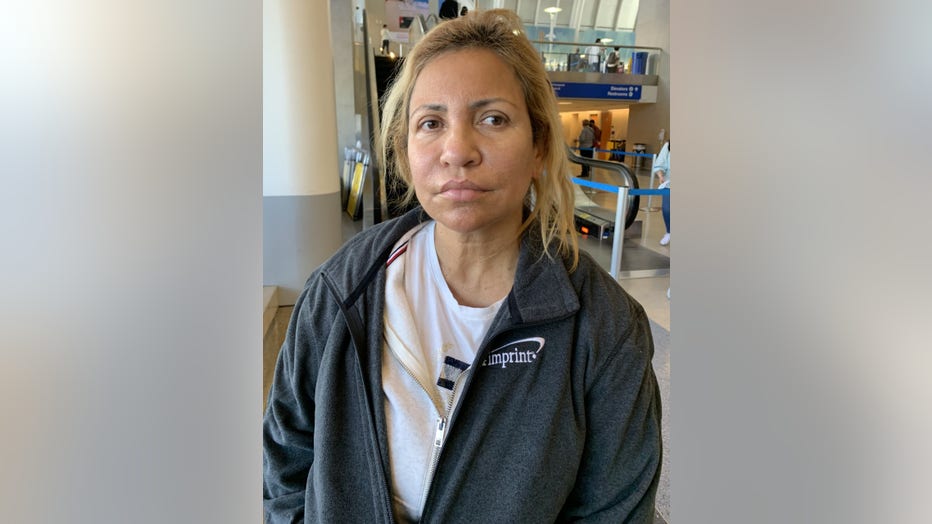 The female suspect was inside the victim’s car, and he dusted for prints.

"Peeled up all kinds of prints," Vendemio said. "Sent them for analysis here, and I got a hit eventually."

The detective said police tracked the suspect, Daisy Castillo Badillo, to Los Angeles and worked with LAPD to pick her up.

According to Maryland’s court case database, Castillo Badillo was released Wednesday on a $3,000 unsecured bond, despite a felony theft charge and previous criminal record.

Police are still searching for the male suspect. They said the suspects were last seen in a Black Mitsubishi SUV driving away from the victim’s home.

Vendemio said police believe there could be additional victims in the region and potentially across the country. He says this is known as the ‘Latin lotto scam.’

"The con artists—this is their life, this is the thing that they do," he said. "And they’re so good at it, it’s almost like they’re a magician."