Jurors in the Kyle Rittenhouse trial on Monday, Nov. 8 are expected to hear from Gaige Grosskreutz – a man the 18-year-old is accused of shooting.

KENOSHA, Wis. - Jurors in the trial of Kyle Rittenhouse, on Monday, Nov. 8, are expected to hear from the man who was shot and injured by the 18-year-old. Gaige Grosskreutz is being called as a prosecution witness.

During the trial's first week, the state called more than a dozen witnesses to the stand. Those witnesses included an FBI agent, the fiancée of one of the men shot and killed and the man facing charges for providing Rittenhouse, who was a minor at the time, with a rifle.

As the trial heads into its second week, 18 of the 20 initially-selected jurors remain. One was dismissed for making an offensive joke about the police shooting of Jacob Blake. The judge granted the dismissal request of a second juror due to her pregnancy. Ultimately, 12 jurors will decide the case.

Those who remain in the jury box will now hear from the rest of the prosecution's case before the defense calls its own witnesses.

The state has already brought in several people to recount the night that Rittenhouse shot and killed two men – Anthony Huber and Joseph Rosenbaum – and wounded a third, Grosskreutz.

"I can't get those images out of my head," said Kariann Swart, Rosenbaum's fiancée.

"There was a bag that was thrown by Mr. Rosenbaum, so clearly there was something about to happen," witness Richie McGinniss testified.

Videos, used by both sides, painted different pictures of what unfolded.

"Kyle was afraid he was going to be disarmed and shot with his own weapon," said Defense Attorney Mark Richards. 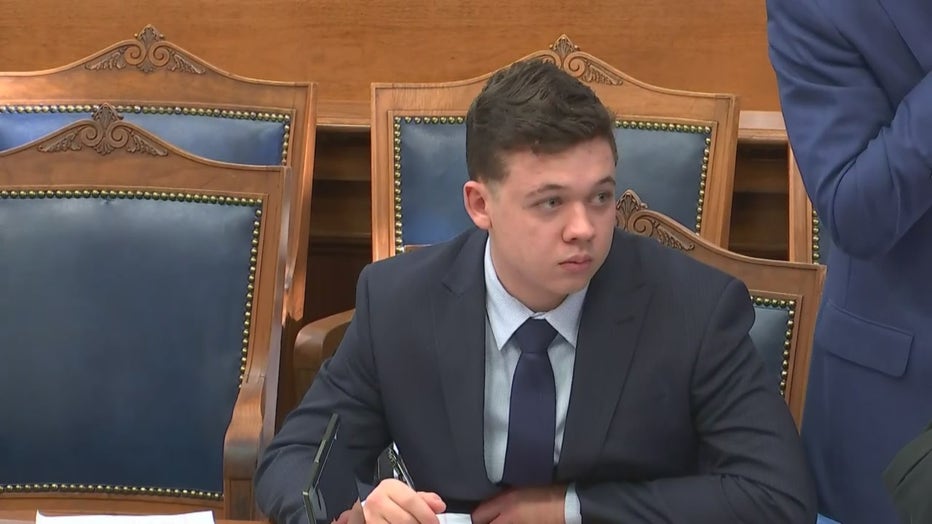 Rittenhouse's defense team argues he acted in self-defense. The prosecution, meanwhile, said it was Rittenhouse who instigated the confrontations the night of Aug. 25, 2020.

One man testified that Rosenbaum was "belligerent" – but not a threat. Other witnesses, including Kenosha police officers and relatives of the men killed also took the stand.

The trial will resume at 9 a.m. Monday. If things proceed as scheduled, closing arguments are expected by the end of the week.

Ion Meyn, a law professor at UW-Madison, joined FOX6 News at 9 on Sunday to review the testimony and preview the upcoming week of the Kyle Rittenhouse trial.