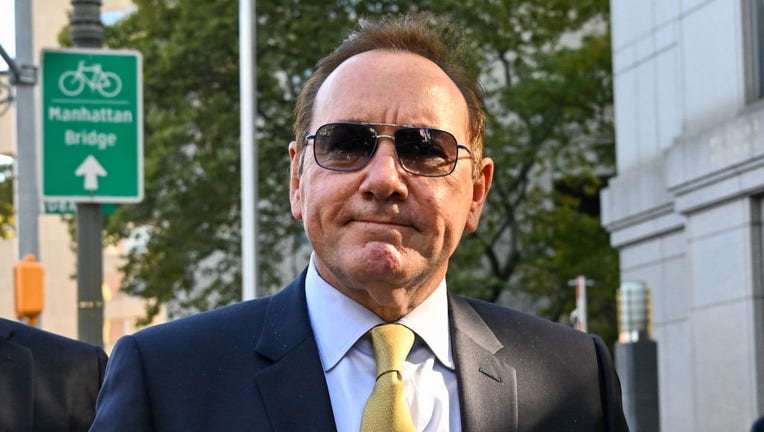 Actor Kevin Spacey will be charged with seven further sex offenses in Britain, all relating to the same alleged victim, U.K. prosecutors said Wednesday. It brings the number of charges the Hollywood star faces in the U.K. to 12.

Britain’s Crown Prosecution said Wednesday that charges against the former "House of Cards" star are three of indecent assault, three of sexual assault and one of causing a person to engage in sexual activity without consent. The charges relate to incidents between 2001 and 2004.

The prosecuting authority approved the charges following "a review of the evidence gathered by the Metropolitan Police in its investigation,'' said Rosemary Ainslie, head of the CPS Special Crime Division.

Spacey, a double Academy Award winner, has already pleaded not guilty to charges that he sexually assaulted three men between 2004 and 2015 when he was the artistic director at the Old Vic theater in London.

His trial is due to start on June 6, 2023, and last for three to four weeks. It is likely to be at the Old Bailey, the venue for Britain’s highest-profile criminal trials.

He also faces a Dec. 16 court hearing on the new charges.

Spacey, who has addresses in London and the U.S., was granted bail and allowed to return to the United States after a preliminary hearing in June.

A jury in the Kevin Spacey sexual assault trial found that the actor is not liable for battery against Anthony Rapp. Rapp alleged that Spacey climbed on top of him at a party in 1986, when Rapp was 14 and Spacey was 26.

Spacey, 63, won a best-supporting actor Academy Award for the 1995 film "The Usual Suspects" and a lead actor Oscar for the 1999 movie "American Beauty."

His celebrated career came to an abrupt halt in 2017 when actor Anthony Rapp accused the star of assaulting him at a party in the 1980s, when Rapp was a teenager. Last month, a jury at a civil trial in New York cleared Spacey of those allegations.