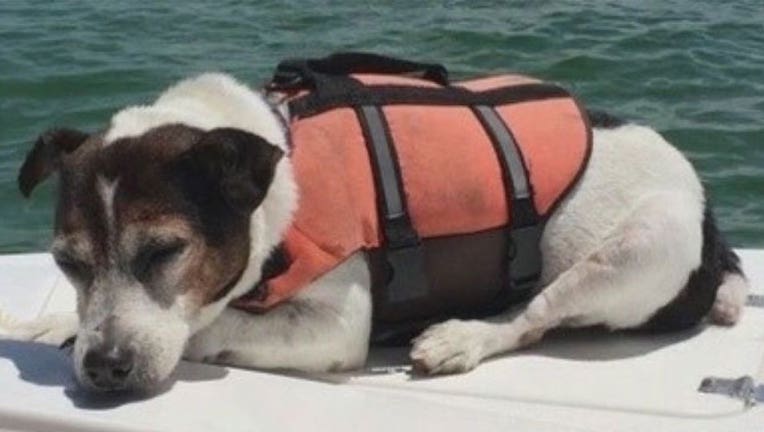 The term "sea dog" typically refers to an experienced sailor. But "sea dog" became a literal description on Sunday when a Jack Russell terrier - wearing an animal life vest - was spotted floating in the water five miles offshore in the Gulf of Mexico.

Two couples boating off the coast of Hernando Beach, Fla., initially believed the puppy was a buoy, FOX13 reported.

"You just saw his little nose sticking up out of the water," Shawn Sahr said.

The Jack Russell doggy-paddled to the boat and Michael Sahr, Shawn's husband, pulled it out of the water. The Coast Guard later told the Sahrs that someone had reported a dog overboard three hours earlier.

"It's like a needle in a haystack and the waves were pretty choppy," Michael said.

The dog was brought to a Coast Guard station and the puppy's owner rushed in to be reunited with his AWOL pooch - whose name was Jägermeister.