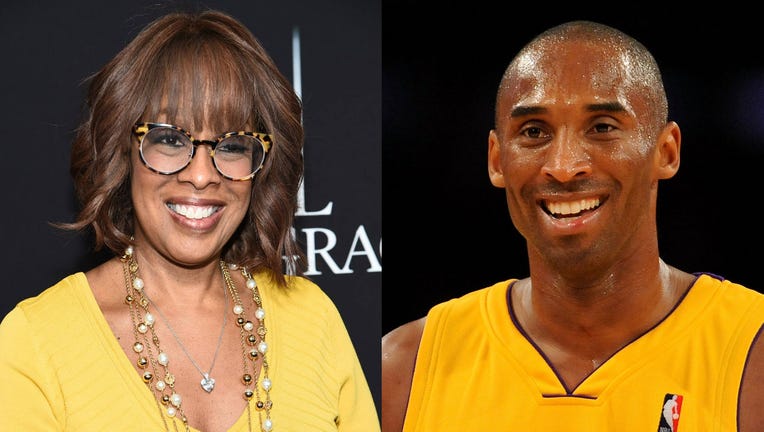 “CBS This Morning” co-anchor Gayle King slammed her own network Thursday for distributing an "out-of-context" clip that enraged fans of late NBA legend Kobe Bryant -- and she plans to have a "very intense" conversation with CBS honchos.

King recently interviewed WNBA icon Lisa Leslie about her relationship with Bryant and a clip of a particular question about a 2003 rape accusation went viral – and the CBS News star is angry her network isolated the query on social media.

“I’ve been up reading the comments about the interview I did with Lisa Leslie about Kobe Bryant, and I know that if I had only seen the clip that you saw, I’d be extremely angry with me too,” King said in an Instagram video. “I am mortified. I am embarrassed and I am very angry.

“Unbeknownst to me, my network put up a clip from a very wide-ranging interview, totally taken out of context, and when you see it that way, it’s very jarring. It’s jarring to me. I didn’t even know anything about it. I started getting calls... I didn’t know what people were talking about,” King said.

King asked Leslie if Bryant’s legacy is complicated by the allegation, and she was quickly vilified over the question that many critics deemed wildly inappropriate when “CBS This Morning” tweeted the clip.

The CBS News anchor said she was advised to ignore the criticism but plans to take a different approach.

“That’s not good enough for me because I really want people to understand what happened here and how I’m feeling about it,” King said. “I reached out to Lisa because I know that she’s a longtime friend of Kobe’s to talk about his legacy and their friendship. We have a really wide-ranging interview, talked about many things, his career. His passion, his sense of humor.”

King added that they did talk about “that court case” because she wanted Leslie’s thoughts on it “as a friend who knew him well.” King said it was very powerful when Leslie looked her in the eye and said it’s time for the media to move on from the narrative.

“During the course of the interview, I asked follow-up questions because I wanted to make sure that her position and perspective were very clear,” King said. “When she said, ‘It’s time to leave it alone,’ I thought that was powerful and insisted that it be in the interview because I thought it put a nice button on that part of the conversation.”

King said she received a “great reaction” when the interview aired but CBS set her up for backlash when it chose what portion to share on social media.

“For the network to take the most salacious part, when taken out of context and put it up online for people who didn’t see the whole interview is very upsetting to me and that’s something I’m going to have to deal with, with them,” King said. ‘There will be a very intense discussion about that.”

The “CBS This Morning” co-anchor said the “last thing” she’s want to do at this sensitive time is disparage Bryant.

“I hope people understand that,” she said. “That’s why I’m speaking to you directly.”

CBS News did not immediately respond to a request for comment.

Bryant, his daughter Gianna and seven others died in a helicopter crash last week. He was 41.