International students taking only online classes cannot remain in the US

Students who are participating in the SEVP but are taking a full course load of only online classes, will no longer be permitted to remain within in the United States, according to ICE.

PHOENIX (AP) - International students worried about a new immigration policy that could potentially cost them their visas say they feel stuck between being unnecessarily exposed during the coronavirus pandemic and being able to finish their studies in America.

The students from countries as diverse as India, China and Brazil say they are scrambling to devise plans after federal immigration authorities notified colleges this week that international students must leave the U.S. or transfer to another college if their schools operate entirely online this fall. Some say they are thinking about returning home or moving to nearby Canada.

”If I go to Turkey, I would not have that," he said. “I would like to be somewhere where my talent is appreciated.”

Mathias, a Seattle-based student who spoke on condition his last name not be used for fear of losing his immigration status, said he is set to sell his car, break his lease, and get his cat Louis permission to fly back to his home in Paris in the next two weeks.

RELATED: ICE: International exchange students taking all online courses due to COVID-19 can’t remain in US

“Everyone’s very worried,” he said. “We have our whole lives here.”

Many American universities have come to depend on the revenue from more than 1 million international students, who typically pay higher tuition. President Donald Trump has insisted that schools and colleges return to in-person instruction as soon as possible — and some universities have accused the administration of issuing the guidelines to force the schools into reopening. Trump has alleged that schools are being kept closed for political reasons.

Harvard University and the Massachusetts Institute of Technology filed a lawsuit this week to block the decision. The guidance was released the same day Harvard announced it would keep all undergraduate classes online this fall and several graduate schools have said they would as well. The university says the directive would prevent many of its 5,000 international students from remaining in the U.S.

The University of Southern California sent a letter to students and faculty, saying it is “deeply troubled” by the decision.

“The policy could negatively impact countless international students," it said.

Like other universities, USC said it was pushing back and working to ensure students’ academic careers aren’t harmed, while exploring ways they can study in person safely if they wish.

The U.S. Chamber of Commerce said the directive could inflict “significant harm” on colleges, students, the business community and the economy. 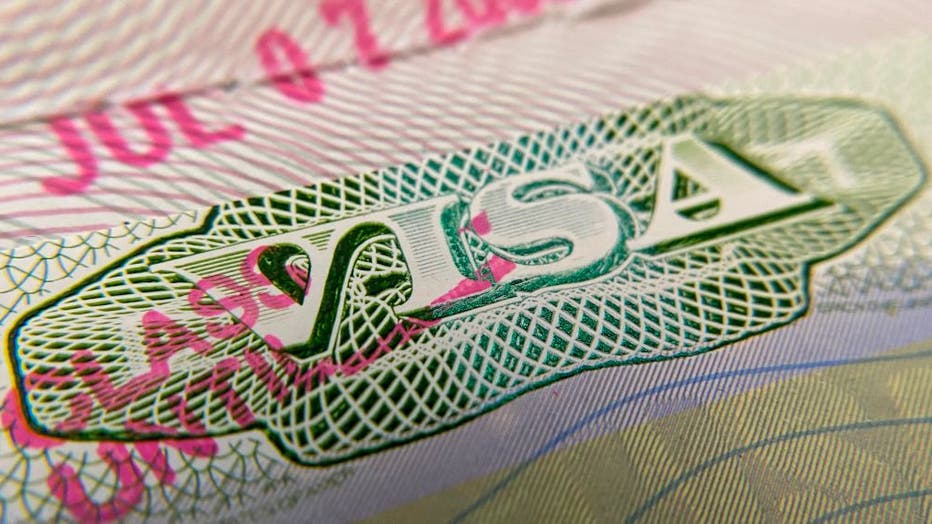 The United States said July 6 it would not allow foreign students to remain in the country if all of their classes are moved online in the fall over the coronavirus crisis. (Photo by CHRIS DELMAS/AFP via Getty Images)

The U.S. State Department said in a release that international students are welcome in the U.S., but the policy “provides greater flexibility for non-immigrant students to continue their education in the United States, while also allowing for proper social distancing on open and operating campuses.”

A day after Harvard sued to block the policy, the university notified the court that immigration authorities appear to be already enforcing the guidance. A lawyer for Harvard said at a preliminary conference Thursday that a first-year student from Belarus was turned away from his flight at a Minsk airport and urged the judge to suspend the rule. There is another hearing Friday.

“This is very dangerous and cruel,” said Jessie Peng, a Chinese graduate student in analytics at Harrisburg University of Science and Technology.

Mandia, 35, said he has breathing problems that could exacerbate his symptoms if he contracted COVID-19.

Mandia originally planned to conduct all his fall studies online.

While the university has showed concern for international students, Mandia said the directive underscores their shaky standing.

“It has never been a level playing field," he said. “But this makes it more apparent.”

At Indiana University, American scholar Dakota Murray wrote in the school newspaper about his uncertainty over how the guidance would affect him and his wife, a fellow doctoral candidate who is from South Korea.

Murray, 27, said he and his wife had discussed the possibility of going to live in South Korea or maybe Canada, where she has relatives. He spoke on condition that his wife's name not be used because she is trying to obtain a green card that will let her work and reside in the U.S. after she finishes her studies.

Vanderbilt University student Safa Shahzad went home to Manchester, England, for a visit in March but got stuck there when the U.S. imposed travel restrictions to slow the spread of the virus.

Still in England, the 19-year-old, who is double majoring in politics and computer science, completed her freshman year from afar after the university transitioned online.

Although Vanderbilt has said courses will be a hybrid of online and in person this fall, Shahzad cannot travel to the U.S. until the Trump administration lifts the travel restrictions.

Degasperi said the college has announced most all classes will be taught remotely, and is examining how to keep international students from losing their visa status.

Because she lives near the northern U.S. border, Degasperi said she would consider moving to Canada.

“My family is worried," she said. "Everyone is calling me all the time.”

Natalia Afonso, a Brooklyn College student, also from Brazil, said she hopes the school will adopt a hybrid model of remote and in-person classes — but she fears riding the subway to campus could increase her chances of catching the virus.

“I don’t see myself moving back to Brazil at this point,” said the 27-year-old, who is studying education and just finished her first semester. “It’s very unfair."

Naishadham reported from Atlanta and Powell from Washington. AP writers Collin Binkley in Cambridge, Massachusetts, and Anita Snow in Phoenix contributed to this report.