Authorities are investigating after a fetus was found inside of a women's restroom at a restaurant in Prince George's County.

LARGO, Md. (FOX 5 DC) - Authorities are investigating after a fetus was found inside of a women's restroom at a restaurant in Prince George's County.

At around 10:30 a.m. Wednesday, Prince George’s County Police tell FOX 5 they received a 9-1-1 call saying an employee at the Ruby Tuesday on Lottsford Ct. in Largo found a fetus believed to be dead. The discovery was made in the toilet of the restaurant’s women’s bathroom. 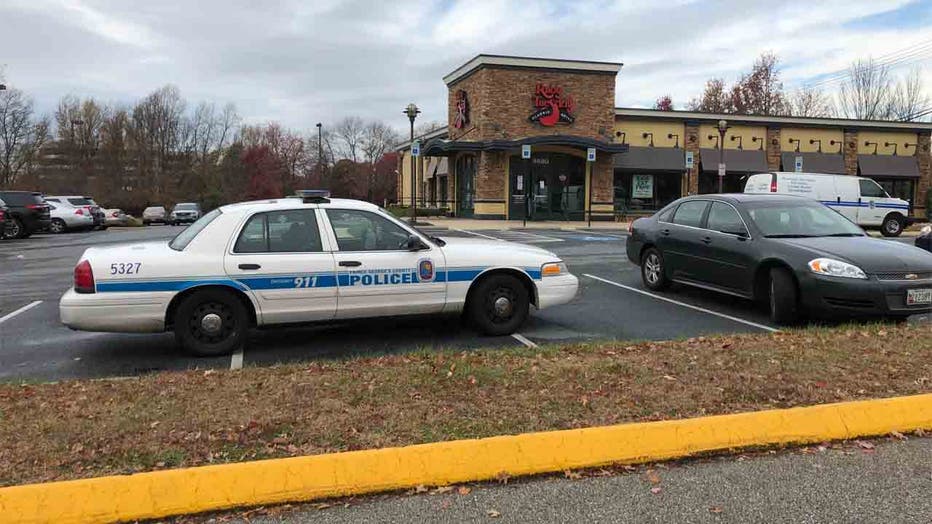 Police are using the term “fetus” but also tell FOX 5 they do not know if this was a miscarriage, (stillbirth) or death after birth situation. It was not immediately clear whether the discovery involved a patron or an employee. Police are still investigating when this could have happened.

“We don’t know if it’s an employee or a patron of the restaurant,” said Prince George’s County Cpl. Lamar Robinson. “As you can see, this is a very fluid situation and our investigators are talking to everybody, viewing surveillance videos, cameras and everything all the like to try and determine when this happened, how it happened and who the mother is.”

Police stressed concern for the mother involved, who may also be in need of serious medical assistance.

“We’re trying to locate the mother in this instance because she may be in some medical needs. And so if – we’re asking the public if they know any information in reference to the mother, please give us a call and so we can try to resolve this case,” Robinson added.

Authorities are investigating after a fetus was found inside of a women's restroom at a restaurant in Prince George's County.

A spokesperson for the restaurant, Chief Marketing Officer Jenifer Harmon, tells FOX 5, “Ruby Tuesday is very sorry to learn about this tragic situation.” They are working with law enforcement.

While this may not pertain to the investigation, it is an important time to remind parents that Maryland does have a Safe Haven Law.

This law allows parents who cannot or who are unwilling to care for their baby, a safe option to give up the infant. Newborns can be left at hospitals or certain police stations. The parents will not face charges, as long as the infant is unharmed.