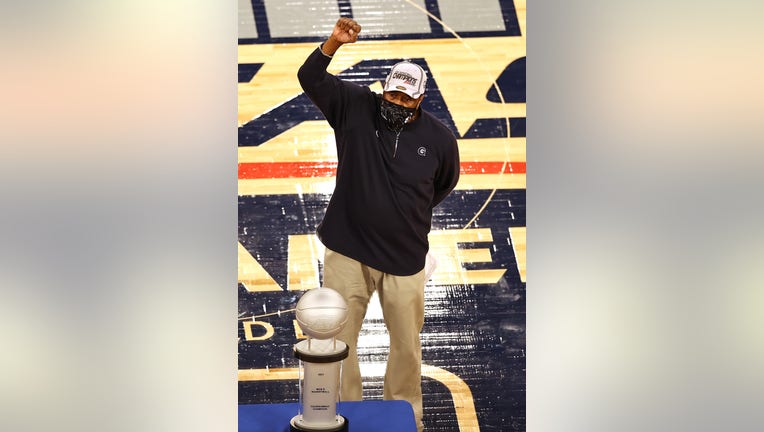 Georgetown Men’s Basketball and the Hoyas are dancing after a surprise blowout in the Big East Tournament championship Saturday, defeating Creighton 73-48 to secure a trip to the NCAA tournament.

"We were locked in defensively," Ewing said following the game. "We went through all the trials and tribulations of the year, with the pandemic, everything that has happened all over the world. And I think my guys have done an outstanding job of fighting through it and coming back."

Ewing himself was hospitalized over the summer after contracting coronavirus.

The Georgetown Hoyas are now on their way to their first NCAA bid since 2015.

The last time The Hoyas won the conference title was in 2007 — the same year Apple had just unveiled its first iPhone.

Current and former students around the campus on Sunday were also celebrating the win, commenting on how exciting it was to see the team thrive, playing with "heart." Some spoke to how win helps build community at a time when so many have been apart.

"He’s smiling down on me," Ewing said of the late Georgetown Basketball Head Coach John Thompson.

Thompson passed away last year, but is widely credited as the one who worked with talented players, like the young Patrick Ewing, to turn Georgetown University into the basketball powerhouse it is known as today.

D.C. Mayor Muriel Bowser also tweeted a congratulations to the team, with a special shout out to freshman Dante Harris. Harris was named "Most Outstanding Player."

Coach Ewing is now the first to win the Big East title as a player and coach.