Almost eight months after D.C. required firefighters to be vaccinated against COVID-19 to keep their jobs, the department says no one has been fired for being unvaccinated.

WASHINGTON - Almost eight months after D.C. required firefighters to be vaccinated against COVID-19 to keep their jobs, the department says no one has been fired for being unvaccinated.

FOX 5 has also learned the majority of fire employees who wanted a religious exemption have now gotten one.

According to new numbers provided by the city, 127 firefighters have had their religious exemption requests approved, 40 are pending and zero have been denied. 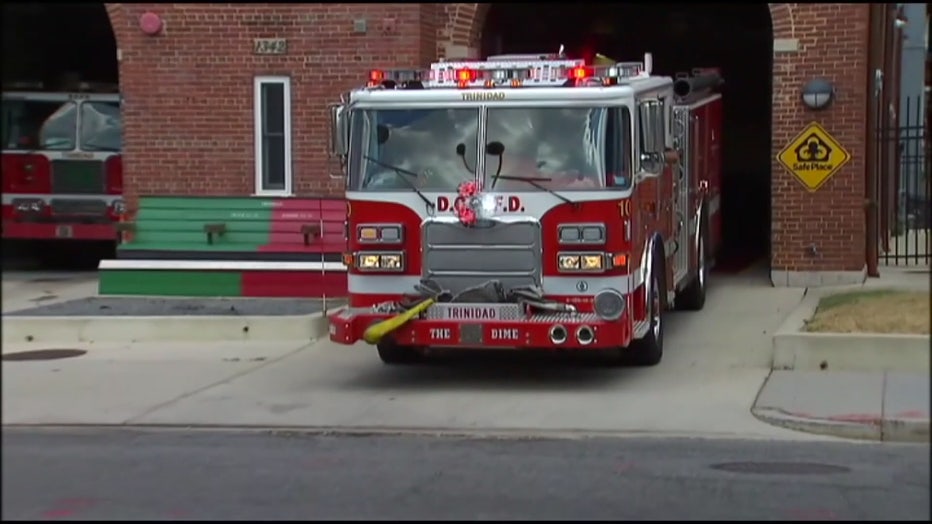 "The city basically issued a blanket denial of every person that submitted a religious exemption request," Jones said. "They did not evaluate them, they just denied every single one."

Ursula Smith, an attorney with Siri & Glimstad, said her firm helped over 100 D.C. firefighters through the appeals process and denials turned to approvals. While 40 requests are still pending, Smith expects all will be approved.

The catch is that the approvals will only last for one year, and will expire next Spring.

Smith said it’s unclear what could happen then.

"It’s really impossible to say, but the District of Columbia has rescinded their mask mandate, they’ve also rescinded their booster mandate for the firefighters in particular and for D.C. Health employees," Smith said. "And so it’s unclear what the city is going to do with that, but it remains to be seen and we’re willing to stand up and defend the civil rights of these city workers and firefighters."

Firefighter and EMTs help people every day, but now even those who were sidelined by COVID-19 are potentially helping dozens of patients in some cases fighting the virus in critical care units or on ventilators.

Unvaccinated firefighters still have to test for COVID-19 every week.

Jones said he no longer fears he’ll lose his job over the vaccine, and is satisfied with how this has turned out.

"To get there, unfortunately, has been a big fight with the city," he said.

D.C Fire and EMS said in an emailed statement: "The Department continues to enforce the vaccine mandate following the process as laid out by District policy. This process allows for employees to claim religious and medical exemptions from the mandate.

The Department has not terminated any members for not being vaccinated, although 98 members have received some form of lower level discipline for non-compliance, and 5 members have been suspended for failing to comply with the DC Health policy on reporting vaccination status and/or requesting an exemption."

D.C. Public Schools has also had a vaccine mandate in place for many months for its employees. The city says no employees have been fired for not complying. Within DCPS, the city says zero religious exemptions have been approved, 36 were denied and 89 are still pending.

In April, D.C. announced it’s expanding the vaccine requirement to all city employees.

The D.C. Police Union has filed a lawsuit, arguing the city doesn’t have the authority. Although the lawsuit is still pending, a judge has concluded it’s likely to succeed.