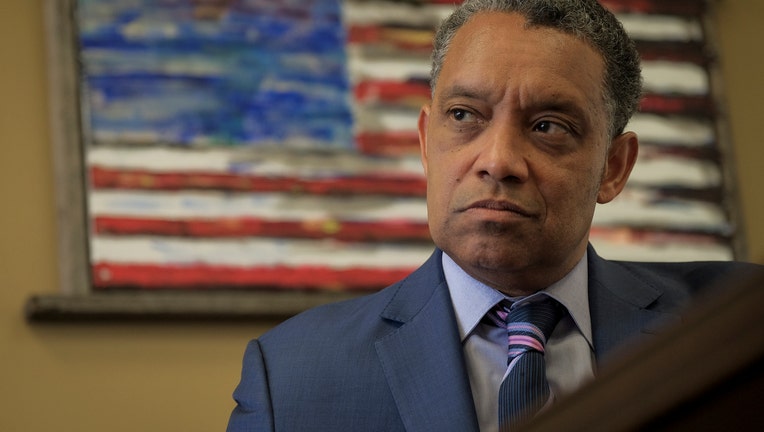 WASHINGTON, DC - MARCH 7:D.C. Attorney General Karl Racine sits for an interview in his office at One Judiciary Square on Thursday, March 7, 2019, in Washington, DC. Racine has been among the most aggressive of the multiple Democratic attorneys gener

AG Karl Racine argues the law poses a serious threat to LGBTQ+ students who are particularly vulnerable to the harms caused by discrimination.

"Across the nation, we’re seeing an alarming increase in efforts to prevent LGBTQ+ individuals, including children, from simply being who they are and loving who they love," said AG Racine.

The "Don’t Say Gay" bill outlaws "classroom instruction" on sexual orientation or gender identity in kindergarten through Grade 3. The law also requires that the state education agency write new classroom instructions for standards that must be followed by Grades 4 through 12.

A group in Florida is attempting to overturn the state's "Don't Say Gay" law on the basis that it violates Title IX.

"This Florida law has no educational purpose, offers no benefit to students, and serves only as a further attempt to diminish, discriminate against, and harm the rights and freedoms of the LGBTQ+ community. My office will continue to advocate for LGBTQ+ rights in the District and across the country by using every tool at our disposal to fight discriminatory, hateful policies."

A group of students, parents, teachers, and organizations challenged the Act in federal district court. Seeking to prevent its enforcement, the group alleges that it violates, among other things, the Equal Protection Clause and the First Amendment.

AG Racine’s brief makes two main points. It first states that Florida’s law is extreme. Although Florida claims the Act is intended to protect children and preserve parental choice, the attorneys general have curricula that allow for age-appropriate discussion of LGBTQ+ issues while respecting parental views on the topic.