FOX 5's Josh Rosenthal shares why some event organizers have canceled or postponed events in the D.C. area due to Hurricane Ian.

WASHINGTON - Remnants of Hurricane Ian are impacting some events here in D.C., Maryland, and Virginia.

For instance, if you head to the website for the Ocean’s Calling Festival in Ocean City, the first thing you’ll see is a message reading in part, "due to unsafe weather conditions … We have made the difficult and heartbreaking decision to cancel."

Some local weekend events have been canceled or postponed as the remnants of Hurricane Ian move toward the D.C., Maryland, and Virginia areas.

The Washington Nationals announced they’re moving a game against the Phillies from Saturday night to Friday afternoon, and that’s not all.

National Landing Oktoberfest has been postponed, as has The Purple Bicycle Ride in Prince George’s County. 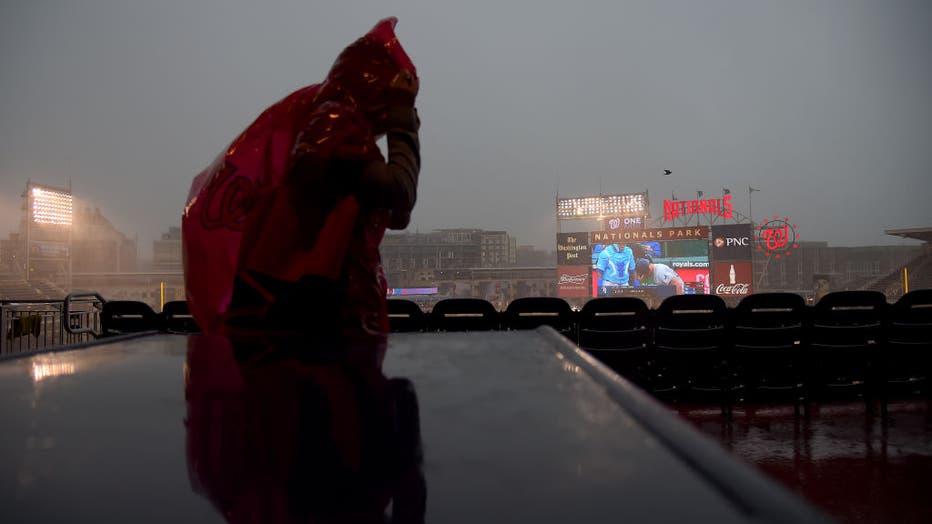 The MPAartfest in McLean has officially been canceled too.

"Would’ve been the 16th year that we’ve had this event. During the first year of COVID, we actually had it online," said Deb Bisson, McLean Project for the Arts communications director. "With this much rain, the ground just can’t absorb it all."

"I think we’re going to be much more fortunate than the folks in Florida," said Jeff Witkop, "and I guess you know in the grand scheme of things some rain over the next few days kind of pales in comparison to what those guys are going through there."