Washington’s NFL franchise will soon be getting a new name, but now, after serious allegations of sexual harassment and verbal abuse within the organization, some fans are wondering if the team could potentially end up with a new owner too.

LANDOVER, Md. (FOX 5 DC) - Washington’s NFL franchise will soon be getting a new name, but now, after serious allegations of sexual harassment and verbal abuse within the organization, some fans are wondering if the team could potentially end up with a new owner too.

“Bye, Dan Snyder,” one fan said outside of FedEx Field in Landover Friday. “It was good while it lasted even though it wasn’t that good.”

But the outcry, largely stemming from a Washington Post report detailing the allegations of 15 women, raises the question of whether the National Football League could actually force Snyder to sell the team.

“If you’re talking about sexual and other workplace misconduct and whether they can support stripping an owner of a franchise, the answer is it depends,” said Jodi Balsam, a former NFL counsel and current associate professor of clinical law at Brooklyn Law School. She explained that while it is possible for owners to be forced out, it would ultimately require the approval of 24 out of 32 teams. 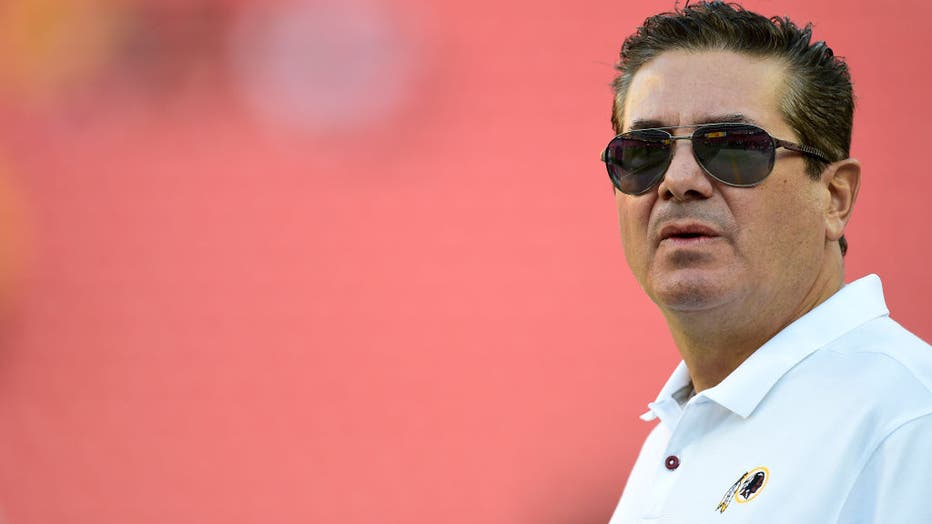 “The NFL has never formally stripped an owner of his franchise under these procedures,” Balsam said, adding that fellow owners would consider a lot of different factors in making that decision. “The bottom line is that if Dan Snyder doesn’t want to go, he’s probably not gonna go as long as he takes the right steps and makes the right moves to correct the situation he’s finding himself in right now and we don’t learn that he personally has committed any egregious act of workplace misconduct.”

Fans have already seen some degree of action from Snyder. He released a statement Friday, saying the behavior described by the Post “has no place in our franchise or society.” He also said prominent attorney Beth Wilkinson and her firm are “empowered to do a full unbiased investigation” that will lead to new policies and procedures that will “create a team culture that is respectful and inclusive of all.”

Some fans said that if Snyder follows through, that’s good enough for them.

“I don’t have an issue with him staying,” explained James Barnes, “as long as he addresses everything and does the proper thing.”