Bomb, burn and kill. Those are some of the threats a woman in California allegedly left as voicemail messages to Georgetown Visitation Preparatory School for girls in Northwest D.C.

WASHINGTON (FOX 5 DC) - Bomb, burn and kill. Those are some of the threats a woman in California allegedly left as voicemail messages to Georgetown Visitation Preparatory School for girls in Northwest D.C.

This comes after the school acknowledged last year that it will include news and information about same-sex weddings of its former students in its alumnae magazine.

The elite private girls' school owned and operated by the Roman Catholic Church announced on May 13, 2019, that it would begin publishing news of former students' same-sex marriages in its alumni magazine.

The court documents further explain that a couple of days after the announcement, Tabizada left a message early on the morning of May 15 saying, in part, to “remove” gays from the magazine and that she would “burn” and “bomb” the church.

Then a minute later, she called back saying in part that she will “blow” up the school and “call it a mission from God.”

“Whatever this woman’s feelings are, I am certain that Pope Francis would not have been making such comments to the people at Georgetown Visitation,” said David Fishback, Maryland Advocacy Chair for P-Flag D.C. 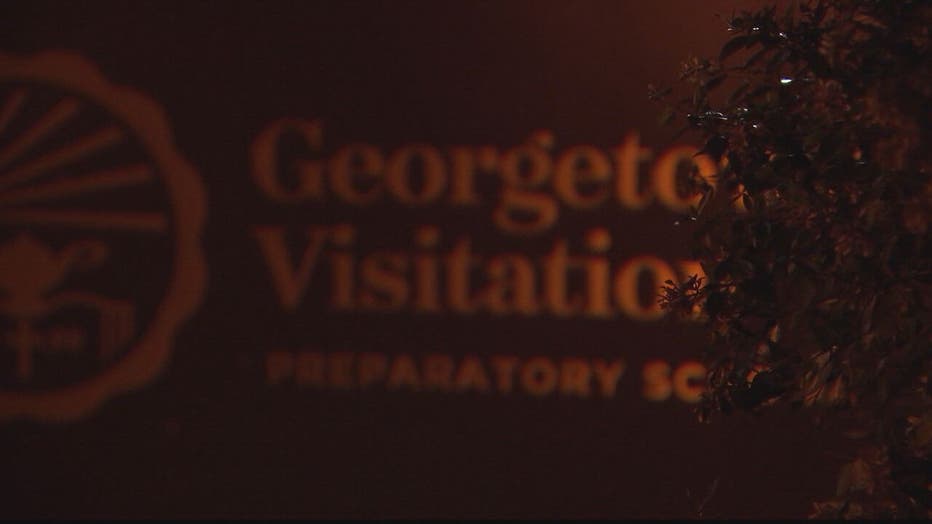 Fishback said that while he doesn’t expect what he calls, hate against the LGBTQ community, he’s noticing how more and more religious institutions have been becoming increasingly accepting and inclusive.

“I happen to be Jewish and in a reformed Jewish movement, we have been on the what we consider a Godly view in terms of full acceptance of the LGBTQ people for many many decades,” he said.

FOX 5 reached out to the Baltimore- Washington Conference United Methodist Church, which according to its website, is also continuing to work on accommodating people from all walks of life.

Bishop LaTrelle Easterling states—“it lifts us out of the quagmire we’ve been stuck in for decades—the time for moving forward in new and separate expressions of Methodism is before us.”

“Anytime people speak in an uncivil manner or a hateful manner toward others it’s a sad day,” said Fishback, “I suppose the only silver lining to this story is that this is a ‘man bites dog story’ story.”

An official with the prep school did not want to comment.

An attorney listed for Tabizada could not be reached for comment.