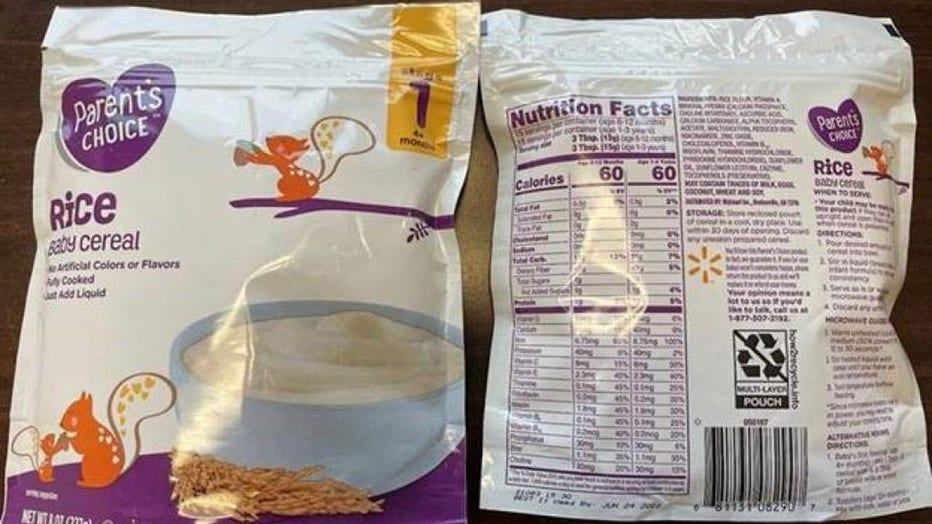 Maple Island Inc. voluntarily recalled three lots of its Parent’s Choice Rice Baby Cereal, which it manufactures for Walmart, after a sample "tested above the guidance for naturally occurring inorganic arsenic," according to the recall notice posted to the U.S. Food and Drug Administration (FDA) website.

The company said it is issuing this recall out of an abundance of caution even after testing "the raw material and finished product in question" and finding that "test results were in compliance with the FDA’s guidelines."

Lean Cuisine is recalling its Baked Chicken meals after consumers found pieces of plastic in it.

"FDA has recognized that trace elements such as these are widely present in the environment, including water, soil and food," the notice read. "The FDA also noted that research has shown reducing exposure to toxic elements is important to minimizing any potential long-term effects on the developing brains of infants and children."

The recalled 8-oz. lots of the Parent’s Choice Rice Baby Cereal were sold after April 5 at Walmart’s stores across the nation and online, according to the recall.

However, after being advised, Walmart "pulled the product from its store shelves and put a register block on the product at its stores and online to prevent any further sales," according to the recall.

To date, the company has not received any reports of illnesses related to the recalled products. No other Parent’s Choice products are affected by this recall, according to the notice.