LOUDOUN COUNTY, Va. (FOX 5 DC) - At least 10 cats have been shot in Loudoun County since April – five of which did not survive their "catastrophic" injuries, according to Loudoun County Animal Services.

Animal Services' officials say the cats were likely shot by several different individuals. Many of the cats were shot with pellet guns.

Chris Brosan, Chief KC Animal Control with Loudoun County Animal Services, tells FOX 5 the cats are not only getting hit by pellets but also bullets in the eastern and western parts of the county.

Brosan says as opposed to bullets, pellets are hard to trace which is making the job of finding the person or people responsible, a bit challenging. 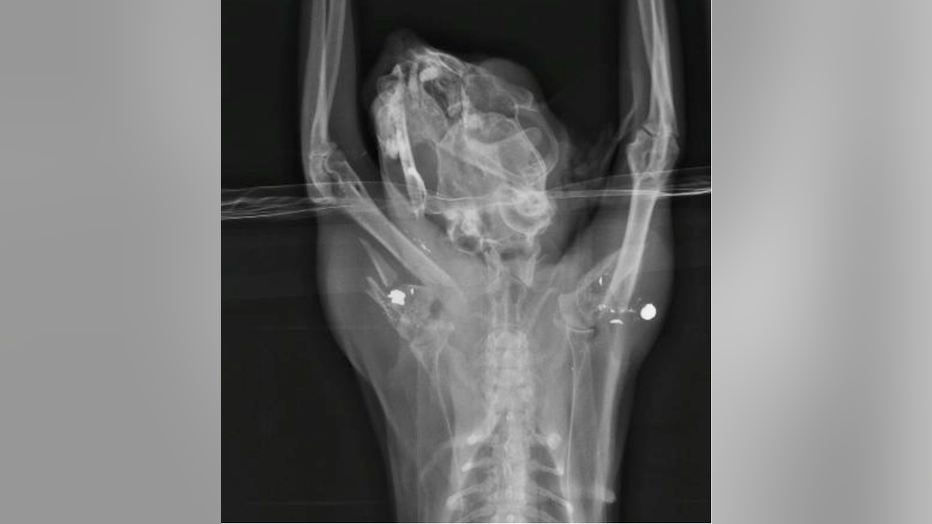 An x-ray shared earlier this week shows the devastating injuries a cat named Sweetie suffered after being shot by a pellet gun. Sweetie was humanely euthanized due to the severity of his condition.

"These are animals that people care for – these are their family members," said Brosan. "This is the type of thing that’s not only for the animal welfare but for the public’s safety as well. These types of things can escalate into crimes against human beings."

Officials say they have consulted with and utilized the services of the Loudoun County Sheriff’s Office, as well as a K9 officer with the Department of Wildlife Resources, to find the perpetrators of these felonies.

"If your children have pellet guns, please talk to them about responsible gun usage. It is an act of animal cruelty to shoot a cat and a felony for anyone (even a minor) to inflict serious bodily injury to a cat, which was the case in all ten of these shootings," officials said on Facebook. "We know most kids love their pets, and may not realize that 'target practice' on outdoor cats is legally and ethically different than organized hunting. All cats in the state of Virginia are considered companion animals, and the majority of these cats have been beloved family pets who have suffered from debilitating or life-ending injuries."

If you have seen or heard of anyone shooting cats, please call Loudoun County Animal Services at 703-777-0406. You may remain anonymous. A $3,000 reward is being offered to help solve the cases.