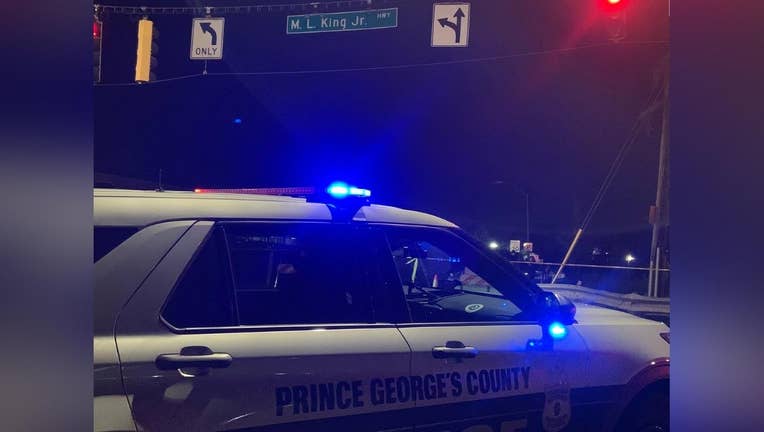 LANHAM, Md. - Police are investigating a shooting Thursday night in the Lanham area of Prince George's County that left a 71-year-old woman dead.

According to Prince George's County Police, officers responded to a shooting involving two vehicles in the area of Martin Luther King Jr. Highway and Business Parkway around 9:10 p.m. Thursday.

Police say moments after the shooting, they learned that a victim from an uninvolved car was shot during the shooting. She was taken to an area hospital and later pronounced dead.

Investigators identified the woman as Deborah Armstrong, 71, of Bladensburg.

Police believe Armstrong was not the intended target of the shooting, and they are now working to identify suspect(s) and a motive in the case.

In response to the shooting, Prince George's County Executive Angela Alsobrooks released a statement on Twitter saying in part:

"We are heartbroken and outraged to learn of the death of an innocent 71-year-old woman due to gun violence last night. The recent string of gun violence we have seen in Prince George’s County is absolutely unacceptable."