Vienna Police are searching for the suspects who stole 25 firearms from a Virginia Gun shop.

VIENNA, Va. (FOX 5 DC) - Vienna Police are searching for the suspects who stole 25 firearms from a Virginia gun shop earlier this week.

Vienna Arsenal Gun Store is located at 386 Maple Ave East. It sits on the second floor of a commercial building.

According to Vienna Police, the gun shop was burglarized around 6 a.m. Monday.

Broken glass can still be seen on the ground, and above it on the second floor, a boarded-up window.

The owners did not wish to speak to FOX 5 on camera, but from what we can gather Vienna Arsenal brands itself as the first and only veteran-run gun store in the town.

Police say 25 guns were stolen but they have not revealed what type of firearms. In-store, they carry an assortment of weapons from handguns to rifles to shotguns. 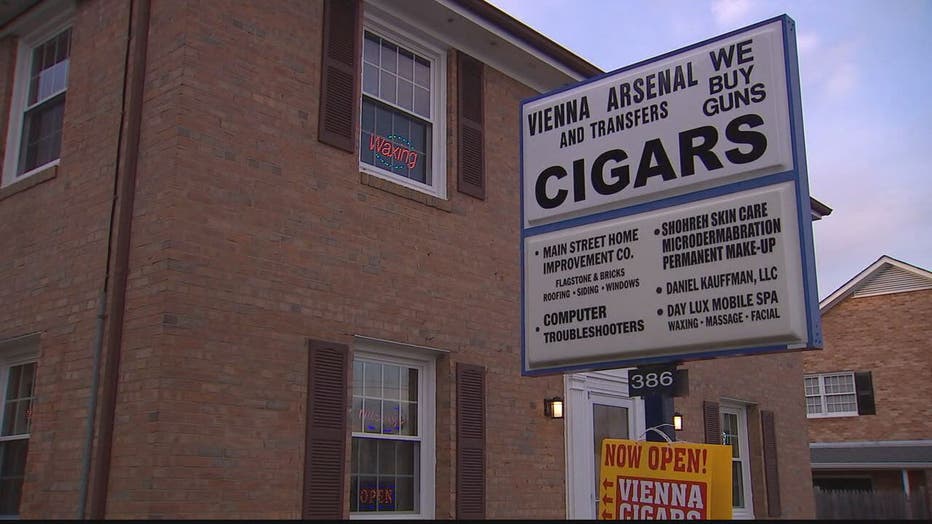 One employee that works for a different company says the suspects used a ladder and easily got in.

Other neighboring business owners and customers are left stunned.

“Evidently, they came from the fence with ladders and everything...They climbed up, and they didn’t have to break the bars, they just pushed it out of the way...whoever did it wasn’t just a newbie at it, they thought it out,” said Walter Beslove, who works in the building.

“It’s always good to support a local business: and when something like this happens it’s not only sad how it impacts them, but it’s also scary, this is our community,” said Kevin Brouse, a Vienna Arsenal customer.

“It’s scary cause there seems to be an uptick in crime in our area...I hope they catch the criminals and I hope it doesn’t happen again,” said Henderson.

Local police and agents from the Bureau of Alcohol, Tobacco, and Firearms (ATF) are investigating. No suspect description has been released