Simultaneous meteor showers will light up the night this week

Coinciding with the Delta Aquariid peak this week is the Perseid meteor shower, widely considered to be the best meteor shower of the year because of the brightness and speed of the meteors.

LOS ANGELES - The end of July marks a spectacular cosmic event when two meteor showers, the Delta Aquariids and the Perseids, will grace the night sky at the same time.

The Delta Aquariid meteor shower has been ongoing since July 12 and will continue until Aug. 23, but it is now entering its peak, when the highest concentration of meteors will be visible. In the right conditions, stargazers may be able to spot up to 20 meteors per hour.

Coinciding with the Delta Aquariid peak is the Perseid meteor shower, widely considered to be the best meteor shower of the year because of the brightness and speed of the meteors. Perseid meteors often leave long “wakes,” or trails of light and color, behind them, making for a spectacular show. It’s also one of the most prolific meteor showers, producing as many as 100 meteors per hour during its peak.

Lasting from July 14 - Aug. 24, the Perseids meteor shower is also known for producing fireballs, which are larger explosions of light and color that can last longer than an average meteor streak because they originate from larger comet particles.

The difference in visibility has to do with where each of the showers originates. Delta Aquariid meteors come from the Aquarius constellation, so their radiant — or the position in the sky from which meteors appear to originate — is in the southern part of the sky. Perseid meteors come from the Perseus constellation, so their radiant is in the northern part of the sky. Judging which direction a meteor came from can help you determine which shower produced it. 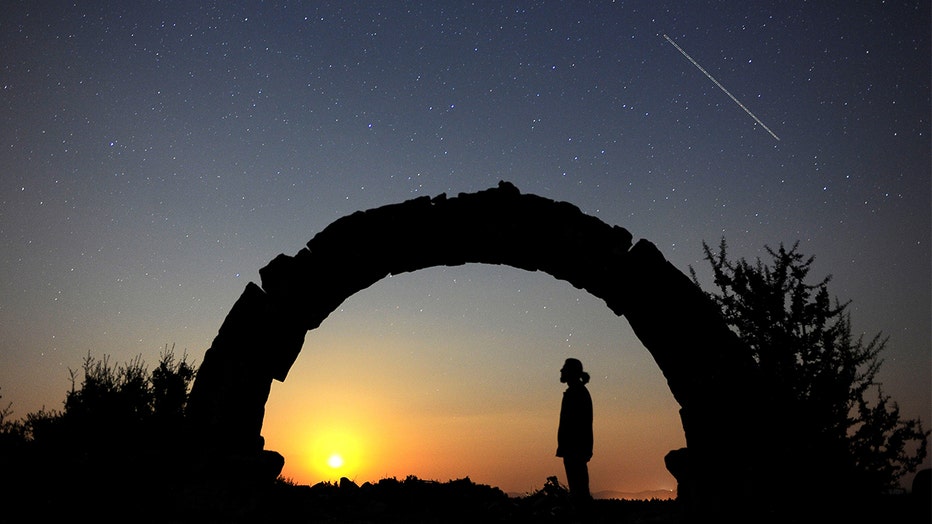 Meteors are created when fragments break off of comets or asteroids. As comets pass by the sun, they emit dust which slowly spreads out to create a wide trail around their orbits, which the Earth then passes through each year. As the Earth flies through these debris trails, small pieces collide with the Earth’s atmosphere and disintegrate, causing bright streaks in the sky which can be seen from Earth’s surface.

The comet of origin for the Perseids meteor shower is called 109P/Swift-Tuttle, and it’s huge — its nucleus is about 16 miles across, or twice the estimated size of the object that scientists believe wiped out the dinosaurs. It takes the Swift/Tuttle comet 133 years to make a singular rotation around the sun, and the last time it passed through the inner solar system was in 1992.

The Delta Aquariids’ origin isn’t certain, but scientists believe they come from 96P Machholz, which has a four-mile nucleus. 96P Machholz is a much more frequent visitor — it makes a singular pass around the sun every five years.

To maximize your chances of glimpsing these two meteor showers, NASA suggests getting as far away from light pollution created by city and street lights as possible. Lying on your back and looking up maximizes the amount of sky within the range of your vision.

To help spot the less-vivid Delta Aquariids, train your eye halfway between the horizon, and 45-degrees from the Aquarius constellation.

And finally, be patient! It takes about 30 minutes for the human eye to fully adjust to the darkness, after which point it will be significantly easier to spot meteors and their trails.