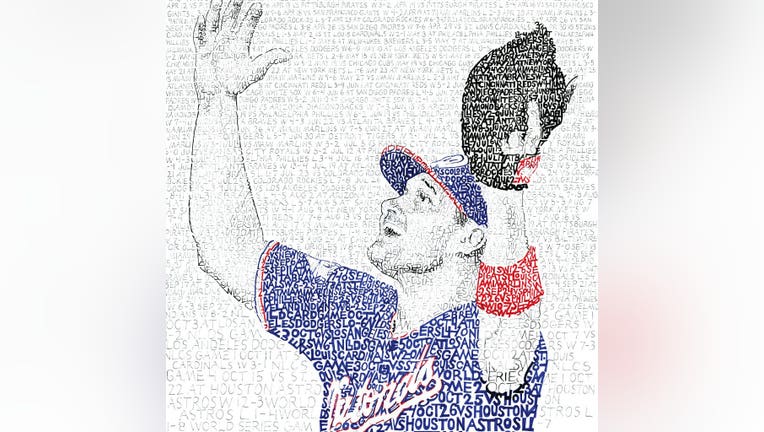 Artist Daniel Duffy created an image of Nationals' first baseman Ryan Zimmerman that has been "meticulously handwritten with the date, score and opponent from every game of the 2019 season," according to a news release.

The image contains 179 games and Duffy spent around 100 hours completing it.

Duffy, who is an avid sports fan, says the piece marks the latest installment in his 'Road to the World Series' collection.

“Between Baby Shark and Max Scherzer's recovery from a freak bunting accident, this team possessed that necessary magic to win a World Series title. Plus, they beat one of the best teams in recent history in the Houston Astros. Ryan Zimmerman was a no brainer for the image, too. He was their first ever draft pick and the perfect person to represent the organization as a whole. Finally, I need to give a big congrats to DC sports, two championships in two years has to feel pretty good!”

The Nationals won their first World Series victory in franchise history on October 30, defeating the Houston Astros in Game 7.

For more of Duffy's artwork, visit Art of Words or Philly Word Art