Two teens were arrested Wednesday in connection with a carjacking where a woman was dragged in her own vehicle in Downtown Silver Spring.

SILVER SPRING, Md. - Two teens were arrested Wednesday in connection with a carjacking where a woman was dragged in her own vehicle in Downtown Silver Spring.

Montgomery County Police confirm the woman was carjacked after 7:30 p.m. on Tuesday.

FOX 5 was told the woman stopped to visit the Bank of America on Georgia Avenue and Spring Street.

Police say the woman’s arm got caught in a struggle with the suspected carjacker as she was trying to get the thief out of her vehicle.

An official said the victim was dragged momentarily and taken to the hospital, thankfully, with non-life-threatening injuries.

Sheila Campbell, who visited that same bank on Wednesday, told FOX 5, "It’s very upsetting. On my listserv, I hear a lot more on carjackings than I used to, so I’m a little more on my guard than I used to be." 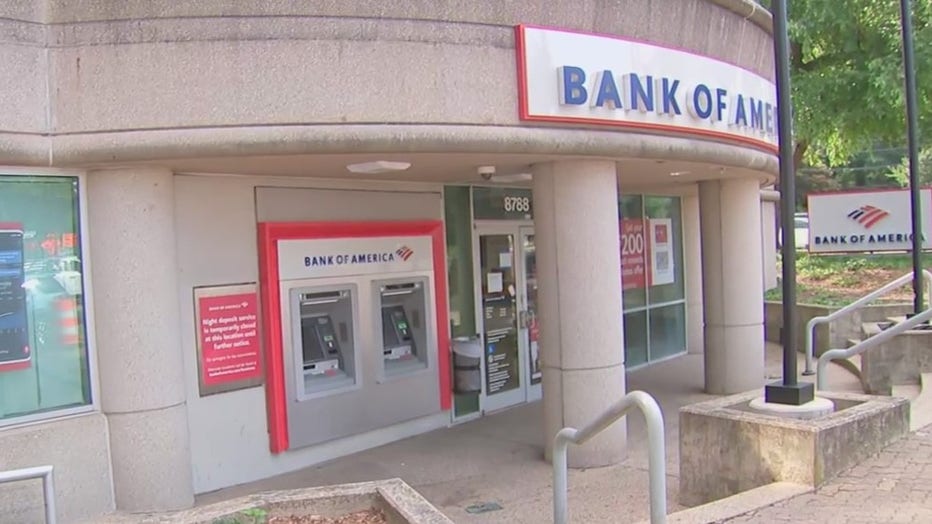 "I love living in Silver Spring, but there is a lot going on now that sounds bad," she added.

The car theft occurred some six months after county leaders revealed a Downtown Silver Spring Task Force has been started to address the rise in crime in that area of the county.

"The data actually suggests, and you know Commander McBain has actually shown this to our Silver Spring Advisory Board that the crime numbers are actually improving. Knock on wood, I’m cautious to even say this, we haven’t had a homicide in Downtown Silver Spring this year," said Montgomery County Assistant Chief Administrative Officer Dr. Earl Stoddard.

D.C. confirmed two 15-year-olds were apprehended in the District in connection with the carjacking.

A third suspect, the actual driver, is still being sought.

The two suspects who were apprehended were described by police as rear-passengers and were charged with unauthorized use of a vehicle.

It’s not clear whether they were held or released due to juvenile privacy laws.

Stoddard also pointed to the D.C. arrest as an example of the multi-partner Task Force working.

FOX 5 also asked County Executive Marc Elrich about crime in Downtown Silver Spring, and a specific attack ad in the county executive race that accuses him of having disbanded the auto theft unit that would’ve worked on the increase of carjackings across the county in the past two years.

A carjacking in Prince George’s County turned into a car crash in a man’s front yard in the District.

During his weekly briefing, Elrich discussed the city's task force. "It was neither removed nor disbanded," he said. "The officers were reassigned to the station. I didn’t make this decision out of thin air, ‘cause the police chief thought it would be better to put the police officers in the stations rather than having a centralized task force. If he believes after what we’ve seen that it makes sense to re-assemble this group as a task force and take the people out of the stations I’m not going to object to that."

"Marc Elrich did not ‘defund’ the auto theft unit. The Chief made the decision to decentralize the unit and moved auto theft to the individual district stations," FOX 5 was told via email by a Montgomery County Police spokesperson.