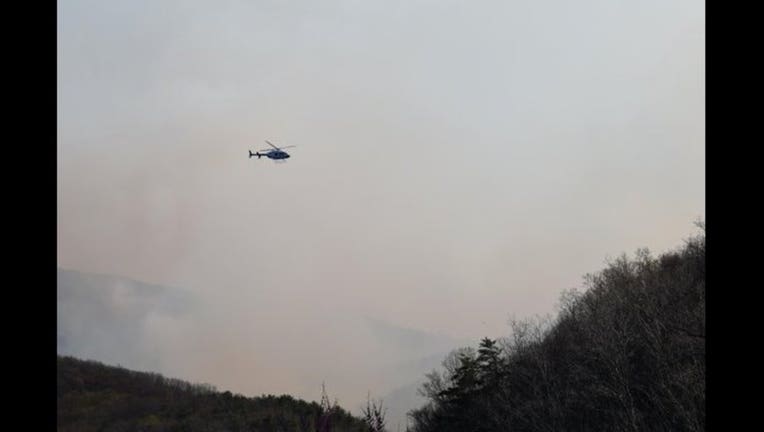 A fire burning in the Shenandoah National Park has forced officials to close several trails and Skyline Drive. The National Park Service said that has approximately 2,094 acres have been charred since the fire started on Saturday.

Currently 100 personnel are working to contain the fire. Resources assigned to the fire include: personnel from the National Park Service, Virginia Department of Forestry, USDA Forest Service, US Fish and Wildlife Service, Georgia Forestry Commission and Department of Forestry Pueblo County . Additional firefighters and equipment are en route, according to Shenandoah National Park's Facebook page. The park and Skyline Drive remain open along with all major highways and visitor facilities in the park and adjacent communities.