By now you've heard the story of 'Doughnut Guy' Jayson Gonzalez, the 21-year-old Minnesota college student who drove to Iowa every weekend to buy hundreds of Krispy Kreme doughnuts to resell them in the Twin Cities area.

After the company found out what he was doing, they warned Gonzalez to stop. 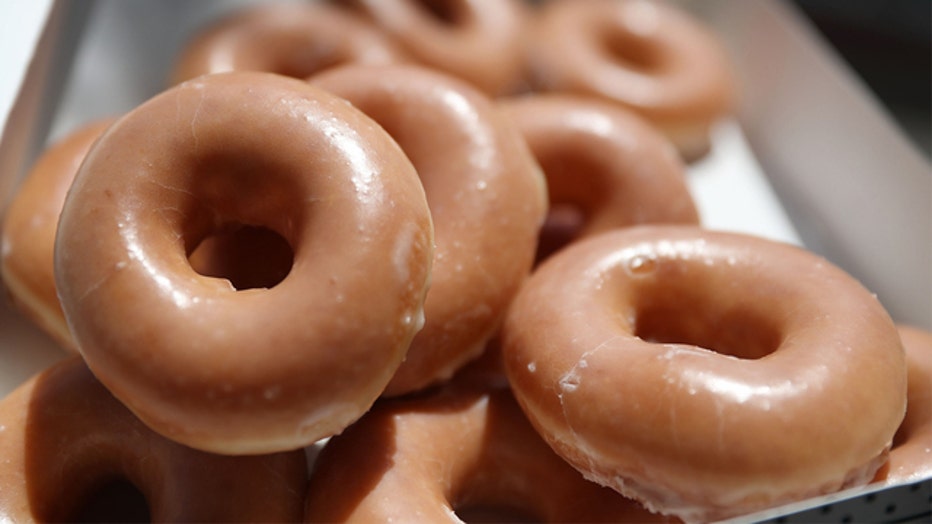 On Monday, Krispy Kreme announced that they've reached an agreement with Gonzalez and are allowing him to work with them as an independent operator.

But we were wondering – how much does Jayson really make off of his Krispy Kreme doughnut resale service – and is it worth it?

HERE'S WHAT WE FOUND OUT ABOUT HIS TRIP

According to Jayson's Facebook page, Krispy Kreme Run Minnesota, he's based out of Champlin, Minnesota.

He sets off from Champlin every Saturday morning around 2 a.m. and drives the 270 miles to a Krispy Kreme location in Clive, Iowa – a nearly four-hour trip, according to FOX News.

He packs his car, a 2008 Ford Focus, with about 100 boxes of doughnuts – in all types of varieties, according to FOX Business. He then makes the trip back, making at least eight stops in between.

FOX Business says he charges $17 to $20 per box of 12 doughnuts – approximately more than double what he paid.

He had made nineteen trips before he was contacted by Krispy Kreme and told to stop.

We estimate it takes Jayson almost an entire day – around 17 hours – to finish the trip.

HOW MUCH DOES HE SPEND ON THE DOUGHNUTS?

HOW MUCH DOES HE SPEND ON GAS?

The lowest gas prices we could find online in Champlin, Minnesota were at $2.36 per gallon. The lowest in Clive was about the same at $2.37 per gallon. Those are November 2019 prices from GasBuddy.com and remember -- gas prices tend to rise over the summer months.

According to FuelEconomy.gov, a 2008 Ford Focus gets about 35 highway miles to the gallon. We'll estimate all miles driven were highway miles.

If Jayson fuels up once in Champlin, before he leaves home, and once in Clive, before he heads back, he's spending about $20 to $25 in gas each way – we estimate about 10 gallons each way.

HOW MUCH DOES HE MAKE?

If he sells the doughnuts he buys for about double what he pays – he makes about $1,900.

Not bad for a college kid!