LOS ANGELES - A local family watching Good Day LA’s pet segment got the surprise of their life when they realized the featured dog up for adoption is actually their dog that went missing years ago.

On Friday morning the NKLA shelter brought 9-year-old Harvey to the FOX 11 studios.

In Lancaster, Andreca Bass caught a glimpse of the grey and white hound on TV and screamed.

“When I saw him I was like ‘that looks a lot like Harvey’ and then they said his name and I’m like ‘oh my god that’s Harvey’ and I just started screaming and jumping up and down,” said Harvey’s owner Andreca Bass. 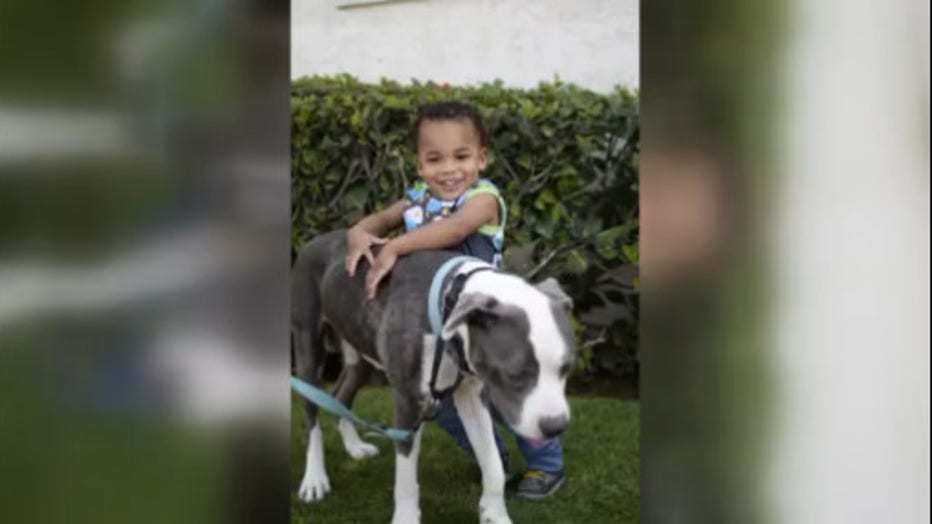 Turns out Harvey went missing two and a half years ago. His family looked and looked, and even though he has a microchip, no one called to say Harvey had been found.

“Lots of tears. Like I said he was like really bonded with my son, so that was tough,” Bass said.

For more than two years Harvey had been at NKLA… pitbull mixes can be the toughest of adoptable dogs to find a home.

“Someone like Harvey’s been here for a while. We’d be excited enough for him to just have found a home... let alone have this type of ending for him. It’s unreal,” stated Gina Burrows with the NKLA shelter.

“It’s just great to have him back. I can’t believe it’s him.”