When he turned 26, Josh Wilkerson aged out of his stepfather's insurance and was suddenly confronted with $1,200 copays for his monthly insulin.

LEESBURG, Virginia - Josh Wilkerson had a bright future ahead of him — he was planning his wedding with his fiancée, he was working two jobs with the goal of one day buying a home, he was “dad'” to a beloved pit bull and he was so excited about teaching his fiancée's niece how to play softball — and then the exorbitant price of insulin stole that future.

Wilkerson died June 15 at the age of 27 after switching from his usual insulin to a cheaper, generic version, which didn’t work well for his body and eventually sent him into fatal ketoacidosis.

His mother, Erin Wilson-Weaver — who also lost her father to Type 1 Diabetes when he was just 38 years old — now tells her son’s story in the hopes that it will be a catalyst for change.

“When Josh was diagnosed at 8, it was, it was soul-crushing for me. I just felt like that was an early death sentence for him,” Wilson-Weaver explained. “I knew how many times my father had been in and out of the hospital with diabetic coma, and he’d had many strokes...He went blind at an early age, and he had been a journalist! So losing his ability to see made him feel extremely disconnected from life, and it completely changed his personality. That’s all I could see, was a future like that for my son.” 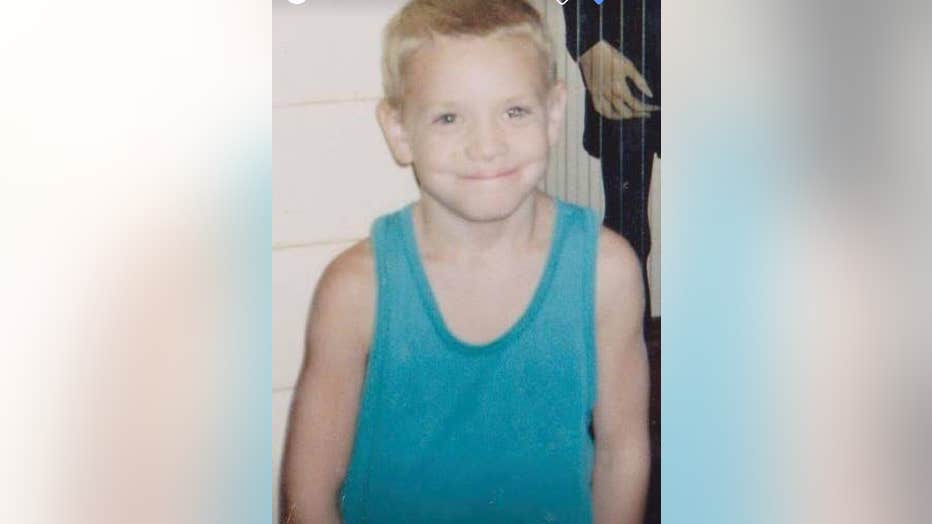 Young people with Type 1 Diabetes dying because they simply cannot afford the price of their medicine is becoming a painfully regular occurrence in the United States, where insulin prices have shot up more than 300 percent in the last 17 years.

For many millennials who are dealing with a struggling health care system, student loan debt, the reverberations of the 2008 recession and, in many parts of the country, rising rent prices, the exponential increase in insulin prices has created near-daily struggles with consequences that are life-or-death in nature.

When Wilkerson turned 26, he aged out of his stepfather’s insurance coverage and was suddenly facing $1,200 copays on his insulin. His fiancée, Rose Walters, is also Type 1 diabetic and had aged out of her parents plan as well. Between the two of them, monthly expenses for insulin were at $2,400, while their rent was $1,000. For Wilkerson and Walters, who had both been working at a dog kennel at the time, the cost was becoming unbearable. 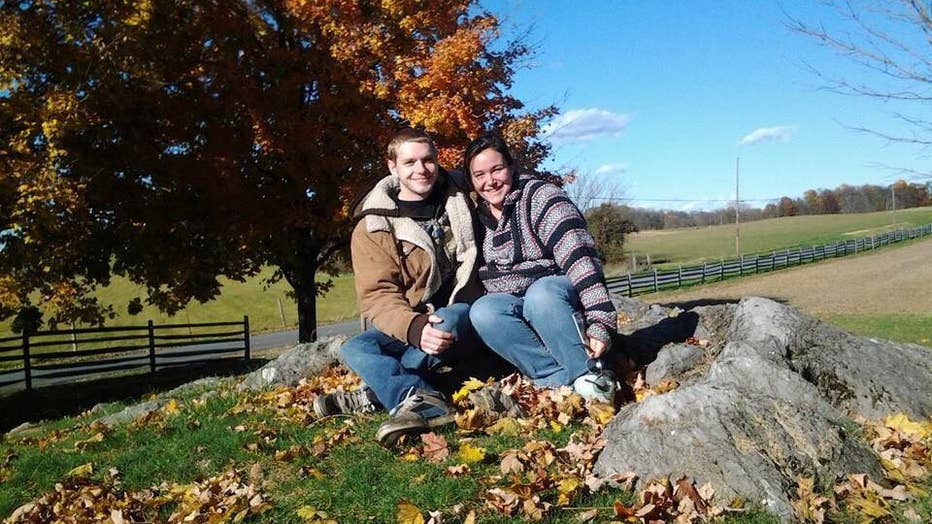 Wilkerson rationed his insulin for a while in an attempt to mitigate costs. When his mother came across an article shortly thereafter about a young man around Wilkerson’s age who had died after trying to ration his insulin, she shared the story with her son and, through tears, pleaded with him to find another way.

“I can’t lose you,” she told Wilkerson.

Heeding his mother’s warnings, Wilkerson talked to his endocrinologist, who suggested trying Walmart’s insulin, which costs only $25 per bottle. It is an older type of insulin, called human insulin, which can take up to four hours to become fully effective, while newer insulins usually take about 30 minutes. After discussing it together, Wilkerson and Walters decided they would give the cheaper medicine a try and find a way to make it work. 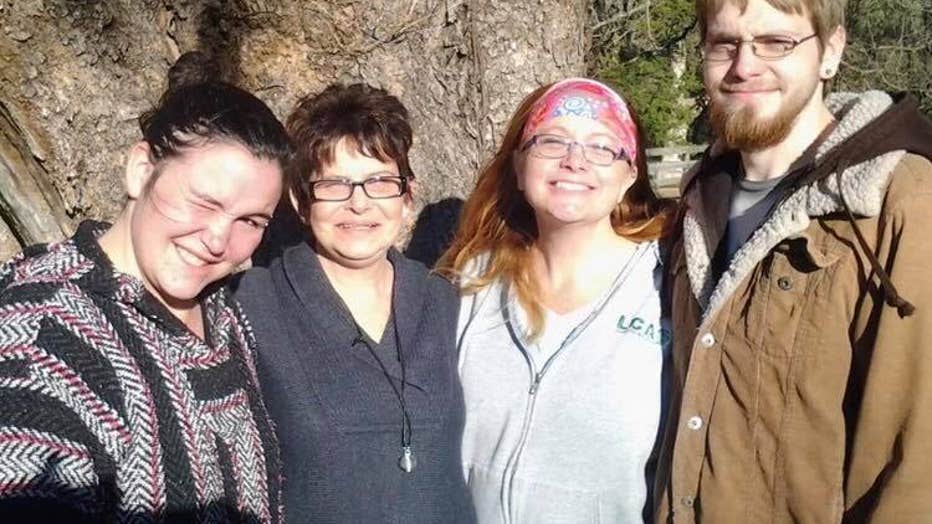 Walters had no issues with the new insulin, but Josh had a much more difficult time with the switch, suffering from exhaustion, stomach pain and increased aggression, among other symptoms. Whenever these symptoms would flare up, Wilson-Weaver says, Walters would ask him to check his blood sugar levels. Every time, Wilkerson’s levels were high.

Despite the adverse effects, Wilson-Weaver said her son was feeling really positive after the change because he was finally making headway on a lot of his bills and was improving his credit, which was bringing him closer to being able to afford a home with Walters.

“On a day-to-day basis, he just wanted to be normal,” Wilson-Weaver said.

To make a bit of extra money, Wilkerson took a job house sitting for one of his coworkers while Walters remained home with their dog. They spoke via FaceTime before bed, and Wilkerson told her that his stomach was really hurting. He checked his blood sugar levels and found them to be high, so he dosed with medication and promised Walters he would keep an eye on his levels through the night.

When Walters couldn’t get in contact with him the next morning, she knew something was wrong and rushed to the apartment where Wilkerson had spent the night. She found him comatose on the floor and immediately called 911.

First responders performed CPR on Wilkerson at the scene as well as during the 20 minute ride to the hospital, during which they had to restart Wilkerson’s heart several times.

By the time they got him to the hospital, his blood sugar levels were reading at 1,700. A normal reading for a diabetic would have been less than 180.

Wilkerson was taken to the ICU and placed on a machine called the “arctic cool,” which lowers the body’s temperature a few degrees to limit brain swelling. Several EKG’s showed that Wilkerson’s heart was incredibly healthy, but after being taken off the arctic cool and getting a brain scan, doctors realized that extensive damage had been done.

Wilkerson had suffered several small strokes while he was unconscious which had irreparably scarred his brain.

Even if he did eventually come out of the coma, “he would never be the Josh that we knew,” Wilson-Weaver said.

Wilson-Weaver will speak outside the Eli Lily (a leading manufacturer of insulin) headquarters in Indianapolis, Indiana, this September during a vigil for the young lives that have been lost due to high pharmaceutical costs, and she will continue to educate as many people as she can about Type 1 Diabetes and the effect it has on those who are diagnosed.

"As a child, I didn’t really know a whole lot about diabetes," Wilson-Weaver said, "But I always knew that when [my father] died, he wanted his body to be donated to science because he wanted research done on Type 1 Diabetes. So when he died at 38, that’s what was done, his body was donated to science. I like to think that some of the advances that they have now with taking care of Type 1 diabetics came as a result of my father’s gift."

It was her father, she says, who inspired her to champion the cause of educating others about the disease.“He instilled in me the need to do all you can to help others. That’s what I’m trying to do in spreading Josh’s story."

Even as the mother of a Type 1 diabetic, Wilson-Weaver says there was so much she didn’t know about diabetes before her son’s passing.

She has since learned that there is another type of diabetes beyond Type 1 and Type 2. Type 1 is an autoimmune disease that causes the pancreas to produce little or no insulin, which is a hormone required for cells to be able to turn sugar into energy. Type 2 diabetes is a chronic condition in which the body either resists insulin or doesn’t produce enough to maintain normal glucose levels, and environmental factors like being overweight and inactive are contributing factors. While Type 2 symptoms can be mitigated through diet and exercise, Type 1 is incurable and no amount of exercise or diet change will alleviate the symptoms.

Wilson-Weaver says the biggest problem at hand is the cost of life-saving medications, which are determined by pharmaceutical companies.

Wilson-Weaver also hopes that telling her son’s story will help erase some of the stigma around Type 1 diabetes. She said that many Type 1 diabetics push themselves to go to work even when they’re feeling exhausted and sick (which can happen frequently) because their employers don’t understand the scope of the disease. Many feel obligated to push through the pain because they don’t want to lose their job or be unable to pay for their insulin, which, in turn, can exacerbate their symptoms, creating a cycle which is hard to break.