Trump defended his management of the nation's most deadly health crisis in a century, dismissing Biden's warning that the nation had a dire stretch ahead due to spikes in infections.

ATLANTA - The United States added another 500,000 COVID-19 cases in just one week, a grim new record.

In that span, the U.S. averaged roughly 71,000 new cases per day, the New York Times reported.

For context, when the country revealed its first positive test on Jan. 21, it took another three months to reach 500,000 total cases.

U.S. Centers for Disease Control and Prevention Director Dr. Robert Redfield warned in August that Americans could be facing “the worst fall” season in recent memory due to the potentially deadly combination of the novel coronavirus, the seasonal flu, and people who aren’t abiding by COVID-19 preventative measures.

RELATED: US surpasses 9 million COVID-19 cases, according to Johns Hopkins

Globally, more than 45 million have been infected and nearly 1.2 million have died, according to data collected by Johns Hopkins University.

Though the American numbers are the highest in the world, the pandemic is seeing surges in Europe as well. 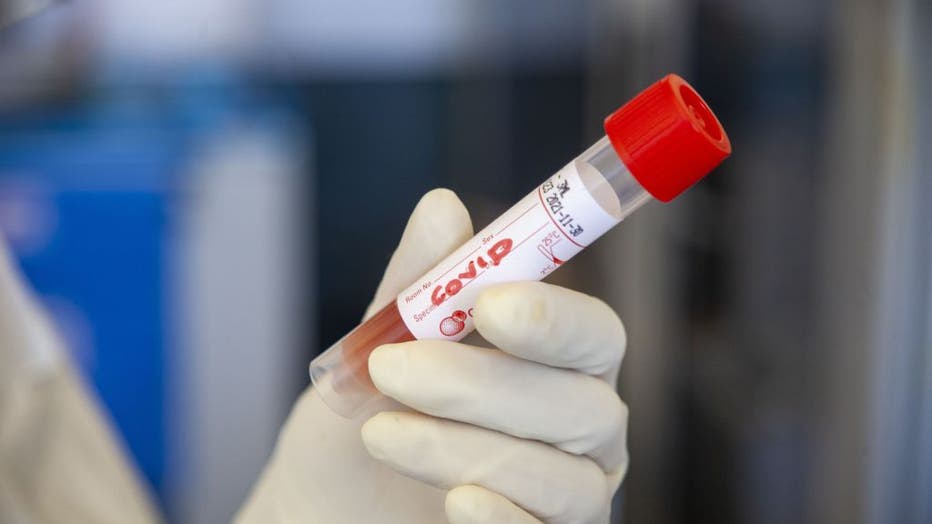 A medical professional holds a test tube containing a swab to a positive test for COVID-19, at the Bari Hospital on Oct. 22, 2020 in Bari, Italy. (Photo by Donato Fasano/Getty Images)

Germany, which initially earned praise for its handling of the virus, is in the midst of a spike, as are France and Russia.

Italy and Spain have imposed new restrictions to slow the spread, according to The Washington Post.

The U.S., which never secured the same decline in new cases that European nations saw over the summer months, has been resistant to return to the lockdowns states enacted in the spring.

RELATED: Parts of SC with mask mandates saw a 46% decline in coronavirus cases compared to areas without rules

Certain cities and counties in the U.S. have taken steps to slow the spread, but statewide measures have not returned so far, the New York Times reported.

“Unless the U.S. and Europe take decisive action to stop the spread of the virus, we could easily see case numbers that eclipse pre-lockdown levels,” Jennifer Nuzzo told The Post. Nuzzo is a senior fellow for global health at the Council on Foreign Relations. She called the surges “deeply troubling.”

“If case numbers get too large, it may be too difficult to meaningfully slow the virus using measures other than shutdowns.”