It's Election Night in Virginia and a seismic shift in power has just happened in Richmond.

RICHMOND, Va. (AP) - Virginia Democrats gained control of the state Senate on Tuesday, but control of the House was still unknown as officials continued to count votes in key races.

The Old Dominion's legislative elections served as the marquee warmup for the 2020 election cycle as well as a referendum on the state's gun laws and abortion rights. Outside groups and political parties test-drove expensive campaigns to win over and motivate voters in a state that was until recently considered a presidential battleground.

Of the four states holding legislative elections this year, Virginia is the only one with control of the statehouse up for grabs. Before the election, Republicans had a slim majority in both the state House and Senate, but Virginia has been trending blue for years thanks to growth in more diverse, liberal suburbs and cities, and population declines in more rural, conservative areas.

Democrats are hoping voters send a message that the anti-Trump energy that has powered blue waves in the last two elections is still robust.

Arden Griffin, a 75-year-old retired librarian who voted for Democratic candidates in competitive Richmond-area seats, said she saw her vote as a way to make a statement against Trump.

"To be blunt, he's a liar, he's a crook, he does not have the best interest of the country at heart. He's strictly out for Donald Trump," said Griffin, who added that she supports the impeachment proceedings against him.

Trump tweeted Tuesday that a Democratic victory would mean a "long slide down" and touted his support for military spending in a state heavily reliant on federal spending.

"Virginia, with all of the massive amount of defense and other work I brought to you, and with everything planned, go out and vote Republican today," Trump said on Twitter. 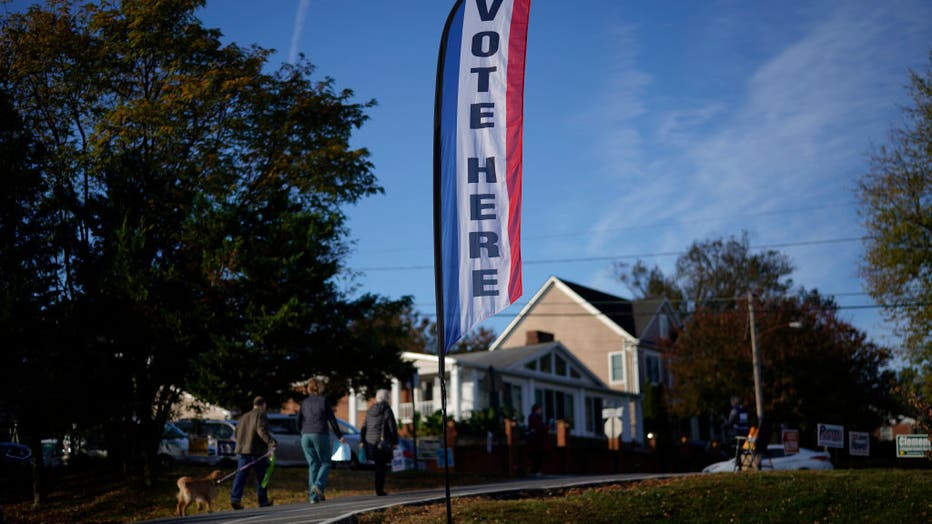 ARLINGTON, - NOVEMBER 05: Virginia voters head to the polls at Nottingham Elementary School November 5, 2019 in Arlington, Virginia. All 140 seats in the General Assembly are on the ballot today as Virginia holds its statewide election for the state

Democrats are looking to take control of both the Executive Mansion and the General Assembly for the first time in more than two decades. Gov. Ralph Northam, a Democrat, was not up for reelection Tuesday, but actively campaigned for his party's candidates after bouncing back from a near politically fatal blackface scandal earlier this year.

Virginia Republicans, who have generally tried to keep Trump at arm's distance, were hoping the specter of impeachment would motivate the GOP base to turn out in large numbers.

Trump supporter Cris Harris, 61, a police officer in Henrico County, said the impeachment inquiry has "liberal backing, with a news media that feeds off of it."

"If the media can talk bad about Trump, they certainly will, whether it's founded or not," Harris said.

Alise Stults, 24, a military contractor in Virginia Beach who voted for Democrats, said Trump was not a driving factor for her this election but she knows the stakes are high in Virginia. Canvassers from four separate campaigns knocked on her door over the weekend.

"Even when I was going to work today, people on both sides were making sure to say that whoever you're voting for, this is a vital election," she said. 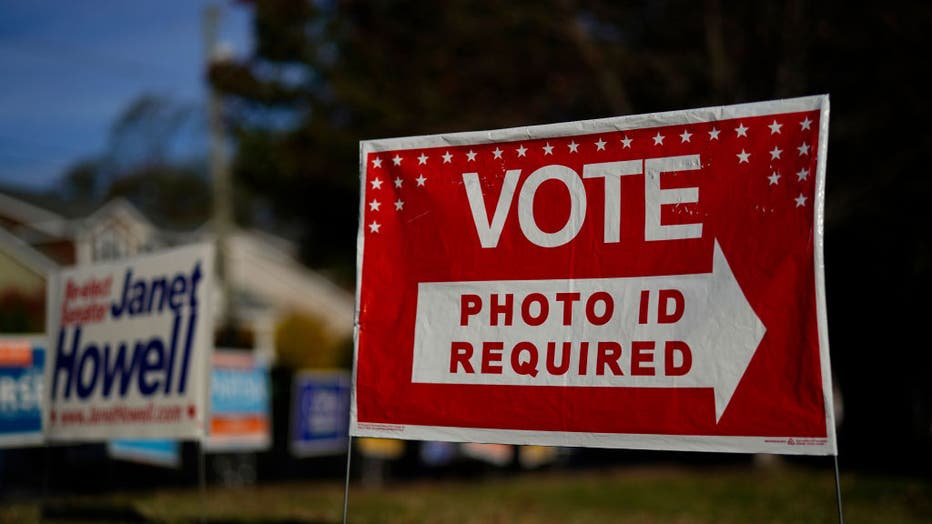 ARLINGTON, VIRGINIA - NOVEMBER 05: A polling station is shown at Nottingham Elementary School November 5, 2019 in Arlington, Virginia. All 140 seats in the General Assembly are on the ballot today as Virginia holds its statewide election for the stat

If Democrats take over the statehouse, they likely will be able to pass an agenda that Republicans have blocked for years, including stricter gun laws and a higher minimum wage. They're also hoping to ratify the Equal Rights Amendment, making Virginia the final state needed for possible passage of the gender equality measure.

Janet Ellis, 68, said she's a lifelong Republican who's fed up with Trump and voted Democratic down the line, but she made an exception for Republican Del. Tim Hugo, who is trying to defend his spot as the last Republican representing Fairfax County, Virginia's most populous jurisdiction, in the General Assembly.

Hugo is being challenged by Democrat Dan Helmer, a Rhodes scholar who served combat tours in Iraq and Afghanistan.

Tuesday's election could help determine which party rules for the next decade, as the winners will decide who controls the next redistricting process. A tea party-fueled wave in state legislatures — including Virginia's — a decade ago helped Republicans fortify their control of the U.S. House for years.