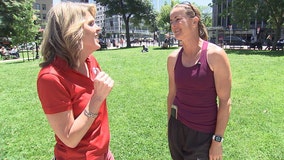 She’s a two-time World Cup champion, two-time Olympic gold medalist and arguably scored one of the most significant goals in US soccer history. Brandi Chastain talks with FOX 5’s Holly Morris about the 2019 Women’s World Cup, her iconic penalty kick that won the 1999 World Cup and the advice she gives to young girls playing soccer today. 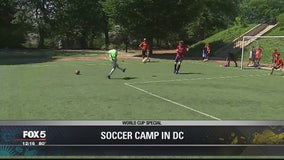 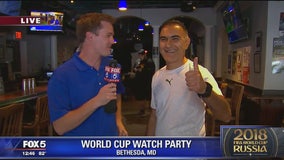 FOX5's Mike Thomas is in Bethesda at Caddies on Cordell to hang with FIFA World Cup Fans pumped for the Iran-Portugal game. 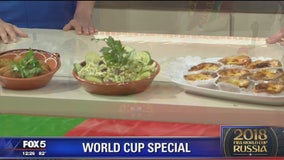 Portugal and soccer superstar Cristiano Ronaldo have been red hot in the 2018 FIFA World Cup. To celebrate, Cooking with Como is taking a look at some great Portuguese cuisine. 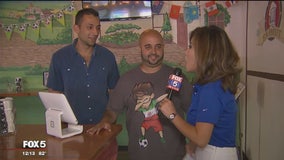 Annie Yu is at Tysons Biergarten where a watch party is taking place for the Iran/Portugal FIFA World Cup Game. 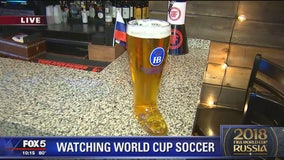 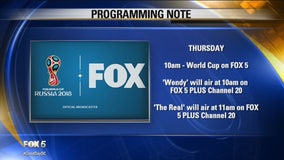 As the sports world tunes in to watch the 2018 FIFA World Cup and the 2018 U.S. Open on FOX, there will be adjustments in FOX 5’s programming schedule to accommodate. 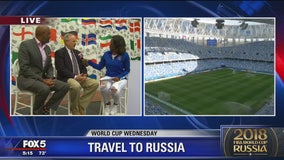 Gordon Stearns, director of marketing, sales and operations at Tour Designs, Inc., and Andres Hayes, president of Skal International Washington DC, have some advice for people who are interested in traveling to Russia to watch the 2018 FIFA World Cup. 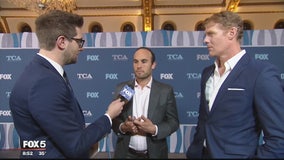 The 2018 FIFA World Cup is only 100 days away-- officially-- but we're already getting pumped. Kevin McCarthy caught up with Fox Sports World Cup analysts Alexi Lalas and Landon Donovan to talk about what we can expect-- and what's next for the U.S. team.