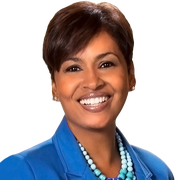 In fact, when I meet people, I’m never sure if I know them from elementary or high school, my Father’s church or my old Girl Scout Brownie’s Troop. Although I spent the first few years of my life as a Peace Corps baby, one of my proudest accomplishments thus far is having the privilege of working in television in this town where my parents are able to watch me whenever they want just by turning on FOX 5 Morning.

I started in television working behind the scenes at ABC News after graduating from Hampton University. Coincidentally, one of my proudest moments thus far is being inducted into the Scripps Howard School of Journalism Hall of Fame from my alma mater.

Less than two years after graduating from HU, I entered the Masters of Mass Communication Program at the University of South Carolina at Columbia. It would be several more years during the “Blizzard of 1993,” before I landed my first job in front of the camera in Utica, New York. Trust me it was a long and crazy road to upstate NY!

In the years after USC, I even worked for a company called Trucker TV as a Production Assistant and a Writer in my quest to get my first on-air gig. My career would take me to Binghamton, NY where I became the first woman to serve as the main anchor at WBNG-TV, Albany, NY, where I helped to launch WXXA’s 10 o’clock news and St. Louis, Missouri as weekend anchor.

In the summer of 1999, I got the call that I had been waiting for from WTTG. I can be seen weekdays on FOX 5 Morning, but I haven’t always held this particular job at Channel 5.

I was hired as a general assignment reporter for the evening news, but I have also served as a health reporter, noon anchor and midday anchor. Since 2007, I have been fortunate enough to serve as a main anchor of the show that I have come to love, FOX 5 Morning and Good Day DC.

I have seen this show expand from a three-and-a-half-hour show to a show that is 7 hours long, and I am proud of every minute.

During my time at WTTG-TV, I have felt the support of our viewers who have been with me since I started, through my marriage and the birth of our three daughters. In fact, I had my first ever baby shower live on the air, and the public met Sydney, Skylar and Spencer before we even came home, thanks to a camera in our hospital rooms!

I truly feel like the viewers are my extended family and I have been honored to be in the anchor chair to report on events that have shaped our lives. 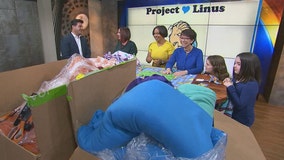 Two years ago, Maryland mom Sara Gorfinkel decided to make blankets with her children and donate them to an organization called Project Linus, who then donates them to local shelters and hospitals. She was disappointed when she found the nearest chapter was over 30 minutes away. 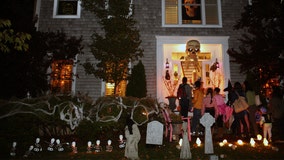 In just a few short days children will run through the streets as goblins, ghouls, and Fort Nite characters fueled by sugar. Part of the Halloween fun, for the kids, are the costumes. 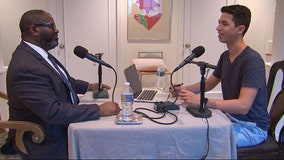 Being a teen can be hard enough, but when you have a stutter it can be devastating. Jared Glickfield, however, decided that wasn’t going to be the outcome of his story. Instead of letting his stutter define him, he embraced it and turned it into a positive thing. 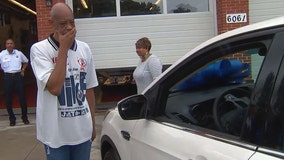 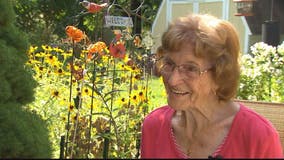 When 91-year old Ruth White made an appointment with Verizon to have cable installed at her Bowie home she had no idea she would come across a tech that turned into a friend.