Fox 5's Sierra Fox reports on the capture of the rabid fox that bite 9 people in the Capitol Hill area.

WASHINGTON - The fox that bit Rep. Ami Bera, a reporter, and at least 7 other people in Washington, D.C. Tuesday was euthanized and tested positive for having the rabies virus, Fox News reported.

Health experts told Fox News it is vital that a person who is bitten by an animal immediately seek medical treatment and try to get the animal tested for rabies, if possible.

The Centers for Disease Control and Prevention stated on its website that rabies is a deadly disease caused by a virus. It affects the central nervous system, which consists of the brain and spinal cord. The Federal Health Agency said once symptoms of rabies appear, the disease is "nearly always fatal." 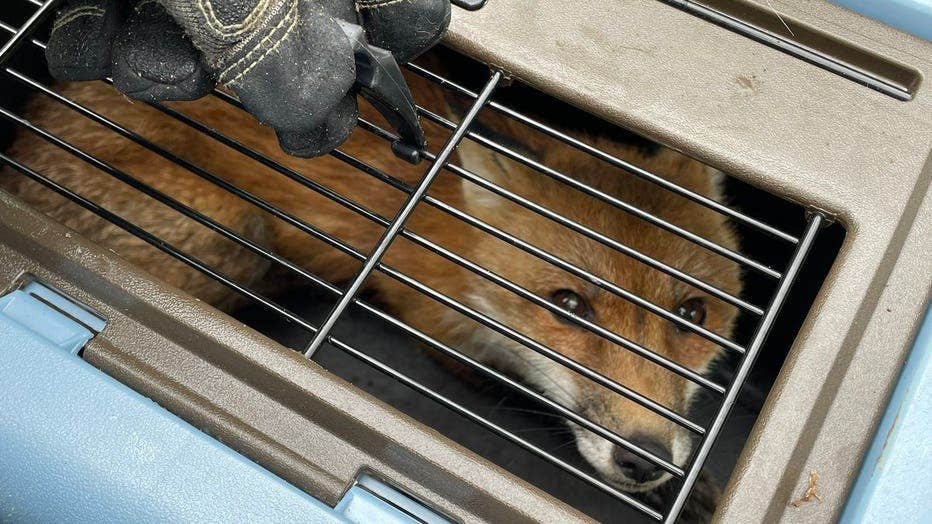 Dr. Fred Davis is the Associate chair, emergency medicine at Northwell Health System on Long Island in New York and told Fox News that rabies is a fatal disease and individuals should seek treatment immediately after getting bit or scratched by a wild animal. Davis said bite victims should receive treatment prior to showing symptoms of the disease, which can include fever, headaches, and excessive salivation.

According to the CDC, early symptoms of the virus besides fever and headache can also include weakness or discomfort and a prickling or itching sensation at the place of the bite. The health organization also said the disease can progress and "Within days, an infected person may become anxious, confused, and agitated. As a person gets sicker, they may become delirious, hallucinate, be unable to sleep, and unable to swallow or quench their thirst."

Some health experts told Fox News that in severe cases, an individual may exhibit hydrophobia, a "fear of water," which is triggered by extreme pain the patient experiences when making attempts to swallow fluids, including water and saliva.

Davis told Fox News, "Rabies is a virus that is spread by the saliva of infected animals. Usually this will occur from a bite or saliva of the infected animal coming in contact with an open wound".

Davis also said, "If you get bit by an unknown animal, especially if that animal is acting odd (a nocturnal animal out during the day) or a dog that cannot be watched for unusual behavior, then you should seek emergency care."

The CDC said the virus is predominately found in wild animals like raccoons, skunks, bats, and foxes. Globally, people are typically infected with rabies from bites from dogs, the CDC said on its website.

Postexposure prophylaxis consists of a dose of human rabies immune globulin (HRIG) and rabies vaccine given on the day of the rabies exposure. Another dose of vaccine is then given again on days three, seven, and 14-post bite, according to the CDC website.

"For people who have never been vaccinated against rabies previously, post exposure prophylaxis (PEP) should always include administration of both HRIG and rabies vaccine," the CDC stated and also noted the "combination of HRIG and vaccine is recommended for both bite and non-bite exposures, regardless of the interval between exposure and initiation of treatment."

The CDC also cautioned travelers who are bitten by an animal while overseas to get back to the United States or to another area to receive treatment since vaccination and medicines for rabies exposure are not available everywhere in the world.

Dr. Robin Sturtz, a veterinarian and Director of the Vet Tech program at Long Island University in New York, told Fox News, that rabies is a serious concern when it comes to animal bites. "There are less than a handful of survivors of rabies when left untreated."

Sturtz told Fox News that an animal with late stage rabies usually appears agitated and disoriented. Sturtz also said that nocturnal animals such as raccoons, who have the virus, will appear in the daytime hours and even approach humans. Sturtz said the best advice is to stay away from wild animals, call animal control, and admire them from afar. She also stressed the need for pet owners to get their dogs and cats vaccinated against rabies.

Sturtz also addressed the notion that animals with rabies "foam at the mouth." The veterinarian explained to Fox News that the animals do not necessarily "foam at the mouth" but are rather drooling. Sturtz said the virus attacks the animal’s nervous system, and it cannot swallow its saliva, so the animal begins to drool, which created this description.

To protect yourself from rabies the CDC offered the following tips on their website: