ROCKVILE, Md. (FOX 5 DC) - The Rockville City Police Department says a coyote that attacked at least three people, including a woman walking her dog Thursday morning, has been shot and killed.

According to officials, the 59-year-old woman was walking her small dog on Winder Court around 10 a.m. when she was attacked. She was taken to the hospital with non-life-threatening injuries. The dog was also quarantined.

Police said the attack followed a sighting of a coyote acting aggressively near Princeton Place around 5:30 a.m. A man walking a dog saw the coyote and made loud noises to scare the animal away.

A third sighting occurred around 11 a.m.when a homeowner on a deck on Aster Boulevard saw their dog barking at a coyote from the backyard, according to a release. The dog was taken to a veterinarian, but it is unclear the dog was injured. 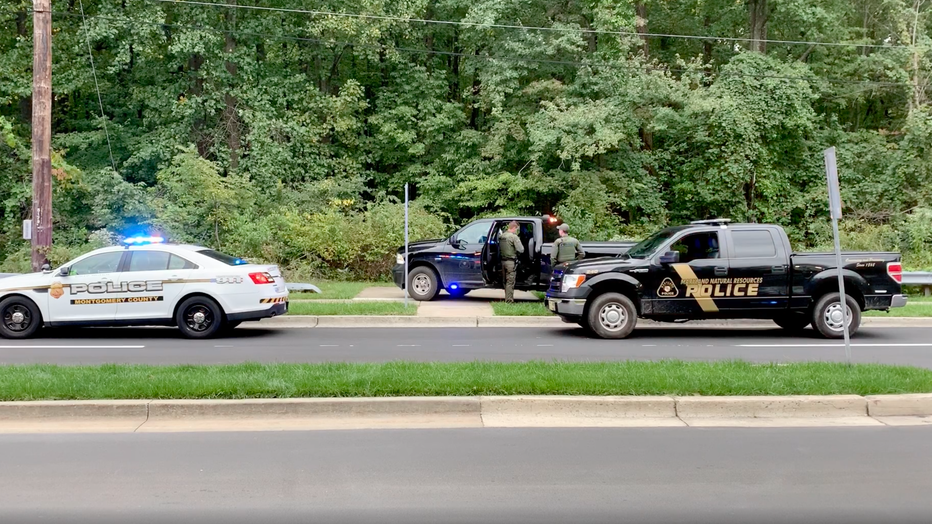 Around 4 p.m., police say a child was bitten in a wooded area of a trail near the 609 block of Aster St.

Police say another woman was bitten on the arm in 500 block of Redland Blvd.

Each victim, according to police, has non-life-threatening injuries.

FOX 5 has confirmed with police that the coyote is now dead.

Officials say you should take these steps if you encounter a coyote and feel threatened:

- Make loud noises and wave your arms or throw things in the direction of the coyote.

- Back away slowly and carefully. Never run. Running will increase the likelihood of an attack. You cannot outrun a coyote.

- Coyotes show aggression by growling. If the coyote becomes aggressive, throw sticks or clumps of dirt at the ground near the coyote. Avoid throwing at the coyote’s head, as this may intensify the animal’s aggression.

- De-escalation is the best strategy if an attack looks increasingly possible. If the coyote’s aggression increases, try again to back away slowly.