Deputies said a man was found shot in the parking lot.

ORANGE COUNTY, Fla. - A young man is dead after a shooting at an Orange County Burger King, deputies said.

The Orange County Sheriff's Office said that deputies responded to the Burger King at 7643 E. Colonial Dr. on Sunday night in reference to a shooting.

They said that upon arrival, they found 22-year-old Desmond Armond Joshua in the parking lot with a gunshot wound. He was transported to the hospital, where he was pronounced dead.

37-year-old Kelvis Rodriguez-Tormes has reportedly been arrested on charges of First Degree Murder with a Firearm, Destruction of Evidence, and Possession of a Firearm by a Convicted Felon. 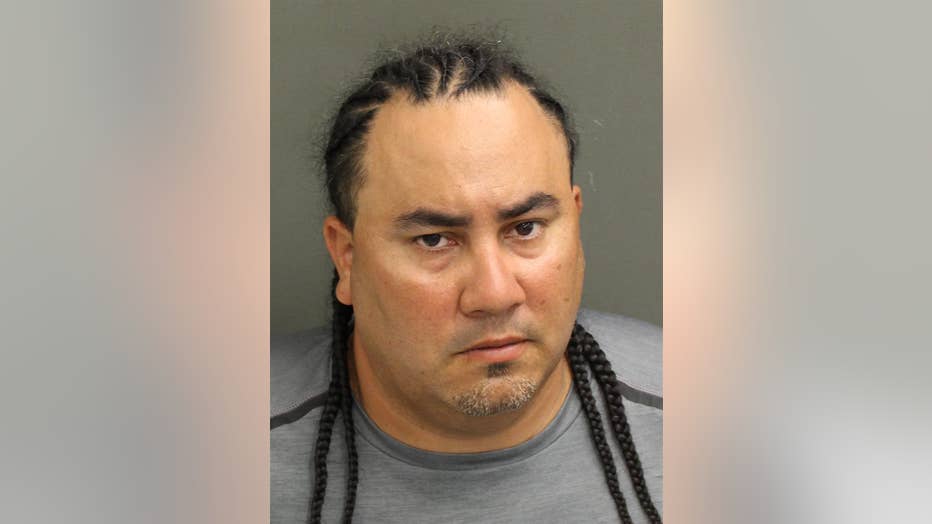 An arrest affidavit from the Orange County Sheriff's Office said that the victim was working in the drive-through line at the Burger King prior to the shooting. The line was particularly long when one customer became irate and threatened to bring her 'man' to the restaurant.

Joshua reportedly then refunded the woman's order and told her to leave. However, she came back to the restaurant in another vehicle, which was being driven by a man. The person demanded a fight with Joshua and put him in a headlock and began to choke him. The fight was broken up but the man then armed himself. Shortly after, gunfire was heard and Joshua fell to the ground in the parking lot.

The arrest affidavit goes on to say that the man who fought and shot Joshua was identified as Rodriguez-Tormes, the suspect arrest for First Degree Murder with a Firearm, Destruction of Evidence, and Possession of a Firearm by a Convicted Felon.

Burger King released a statement on the death:

“We are deeply saddened to hear of the tragic incident that took place at the Burger King on 7643 E. Colonial Drive and passing of team member Desmond Joshua. At Burger King, the safety of team members and guests is our top priority. The franchisee who owns and operates the restaurant is fully cooperating with authorities on this matter. Any questions should be directed to local authorities.The Burger King McLamore Foundation exists to offer support to team members and their loved ones during incomprehensible times such as this. Our deepest condolences go out to Desmond’s family and friends during this difficult time.”